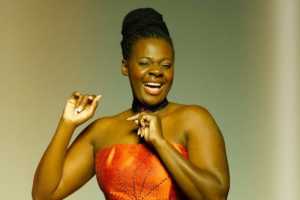 Judith Sephuma (pictured left), will be the latest artist to be featured on JazzFix, the Cape Town International Jazz Festival’s online series. The one-hour show will premiere on 27 March 2021 at 8pm on Computicket, and viewers will have 48 hours of unlimited views following its premiere. The series successfully launched with Jonathan Butler on 27 February.

The specially curated never-before-seen showcase will feature her sold-out 2017 performance at the Jazz Festival as well as an intimate interview with JazzFix host, TV and radio personality Unathi.

Since the release of her triple platinum-status debut album titled A Cry, A Smile, A Dance in 2001, Sephuma has attracted interest and acclaim from jazz, Afro-soul and gospel music lovers. As well as performing with most of SA’s top musicians, her collaboration with Michael Bolton singing the old classic Over the Rainbow; and another with Kenny G on her A Cry, A Smile, A Dance album contributed to her international profile.

“I’m thrilled to be part of the Cape Town International Jazz Festival’s JazzFix online series. It was a joy reliving my 2017 performance and I’m excited to share the performance with you again online and of course my wonderful conversation with host Unathi,” said Sephuma.

“We had fantastic feedback from the first show and this second show with Judith Sephuma is set to be another great online experience. Judith is a master in her class and it is an honour for us to share her incredible performance at the jazz festival with online audiences throughout the world,” said festival director Billy Domingo.

Where and when: Computicket on 27 March at 8pm