What would you do if you won the lottery? Would you jump around and shout it out loud? Grab your phone and tell your friends and family? Go on your Facebook or Instagram and tell the world? Endless possibilities to communicate nowadays, but not viable enough options for our South African winner. Back in August 2015, our lucky guy, whom every newspaper seems to call Paul Williams, played the South Africa National Lottery and won a fantastic R7-million prize. As tempting as it might have been, Paul decided to not go public and keep it a secret. Not the easiest of solutions, as there’s a huge temptation to go out and spend, indulge yourself and do all those things you’ve always wanted but never could. 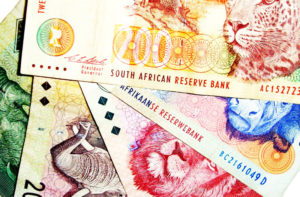 Our winner has only told his sister and mother; ironically enough the day after he won, they were supposed to meet and discuss how to support Paul as he was unemployed at the time. He has had a partner for over two years and he still hasn’t told him but doesn’t exclude the possibility in the future. Paul believes money changes people – he prefers to keep things on the low and be in charge of his own life, rather than let the money take control. He maintains the same lifestyle as before, he spends small amounts of money and drives a second-hand car. He also continues to shop at regular clothing stores, such as Mr. Price and occasionally Woolworths. He lives in the same house on a farm, he has redecorated but told his friends that his mother helped.

Mr. Williams has made some very smart entrepreneurial decisions investing in a business that now brings him quite good revenue and he also benefits from the interest he receives from the bank. His fortune is currently estimated at R20 million. Considering that over 70% of lottery winners lose their fortune within three to five years after winning, we could surely call Paul a lottery winner success story. Paul now looks at investing in real estate abroad, and constantly searches for new business opportunities. He is genuinely using his lottery prize to better himself and his life. Paul tries to help put those in need as much as he can, without revealing his financial possibilities. Not being able to help more and be open of what he can do for others seems to have been the most difficult aspect about his decision to keep his winning a secret. As much as possible though he is making valuable contributions to people and community.

Paul dreams of buying his own island one day. Now that he is out of debt, having his own island is the next big dream. He continues to play the lottery and has also won again since the big prize, but only small amounts. With a lucky hand like that, he should put in a ticket in the Mega Millions or some other big lottery. Whatever he decides, we are sure that Paul will achieve his dreams – he has proved that he definitely has the willpower to get what he wants and hold on to it.