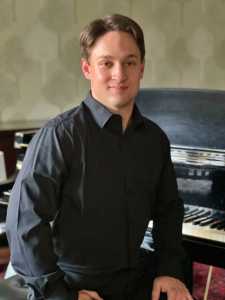 Apart from sports stars, life for most begins when education is over but for young musicians like Louis Nel, life began at eight, when it became clear that music was his passion, discovers PETA STEWART:

Louis, now 20, was the soloist in Liszt’s macabre and quite wonderful Totentanz, which he performed with the Cape Town Philharmonic Orchestra to a live and very enthusiastic audience at the City Hall in November.  It is being streamed as part of the current Cyber Symphonies in Summer, from 2 to 6 December 2021.

As Bernhard Gueller, the CPO’s principal guest conductor says, “It was an incredible feat to play this difficult work note perfect:”

For Louis, performing a major piece with the CPO was amazing.

”Performing with the CPO was exhilarating. I was quite nervous to play at such an old and prestigious venue as the City Hall and with such a skilled and professional orchestra. Despite the nervousness, it was still a very fulfilling and educational experience.”

Drawn by the intensity of Totentanz

When he was asked to perform in this series, he immediately thought of Totentanz.

“I learned the Totentanz a few years ago but I never had the opportunity to perform it with an orchestra. I was drawn to the piece because of its intensity. I was fascinated by the medieval sound of the piece and the contrasts between the different variations on the Dies irae theme. The virtuosic cadenzas in the piece also make it fun to play.” 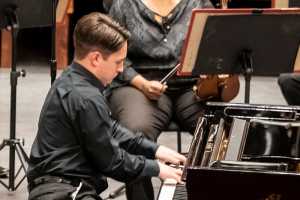 Louis credits all his piano teachers as great musical influences.

“I started taking piano lessons at the age of eight with Claudine van Breda in Pretoria. At the age of 17, I moved to Professor Joseph Stanford. I have also learned a lot from masterclasses that I have received over the years and from the accompanists that I have practiced with.”

Which direction to choose …

At high school Louis was torn.

“Should I study music? It was a hard decision and I decided to study mathematics and statistics and am looking at career options like combining maths with programming. Even though I am not studying music, I continue to take lessons and try to practice enough to continue improving. I would like to go on giving concerts.”

Who knows what the future will bring? Louis is young enough to change his mind and we can only hope he may still become a professional musician.

What: Louis Nel with the Cape Town Philharmonic Orchestra