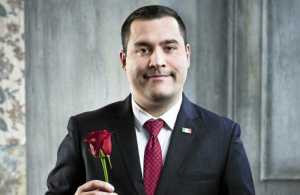 LOVE ON THE SPECTRUM. Documentary. Netflix.

I don’t know if I would have watched Love on the Spectrum before lockdown, but my needs and viewing habits now are as changeable as the information about Covid-19. What drew me to this little series was that it only had four episodes and it is a documentary, as opposed to fictionalised romance, or other (un)reality TV shows. Also, it is Australian. There’s something about Australian documentaries that are balls to the wall, unselfconscious and super direct. I imagine that this is the only way to make a show about young people on the autism spectrum who are looking for love.

Simply, the show interviews and follows a bunch young people; mostly singles, but also two couples, as they explain what they are looking for, get helped and guided, and then go out on dates. In the case of the couples, they describe the setbacks and challenges of being on the spectrum.  It’s mostly just like other dating doccies, only here these are people who have serious social (and sometimes physical) disabilities.

Rooting for these singles

The attraction of the show is that these people are absolutely charming, hilarious, lovely and totally, endearingly honest. From the outset all the viewer wants for Mark, or Chloe or any of the other singles, is for them to find love. Most of the dates do not end well. Mark is so obsessed with dinosaurs he pretty much ignores his date’s lack of enthusiasm. Olivia can’t stop her body from jumping up and down, and Michael’s total sincerity remains unrecognised. We root for these singles on their search, against really small odds. Their supportive families, the social workers, and the speed dating organisers are all the cutest thing ever.

I am waiting for season 2!

What: Love on the Spectrum