Zee Entertainment Africa have announced the exciting premier of Mehek, the first Zee World production to star actors from the African continent. 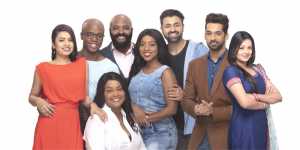 “The research that we did seven years ago showed that there’s a great cultural relevance between India and Africa – our joint love of food, music, dance, and family values. Mehek represents an important and evolutionary part of Zee World’s commitment to providing relevant, exciting and innovative content to its viewers. And it will undoubtedly set a strong foundation for similar productions in the future,” says Harish Goyal, CEO, Zee Entertainment Africa and Asia Pacific.

“The key question we started getting from African viewers was ‘When will they see themselves as part of Bollywood?’ I think with Mehek that is what we have finally achieved where we have brought Africa and India together on one screen. Zee World has enjoyed tremendous growth throughout the years and Mehek was the obvious next step,” says Ratna Siriah, Business Head, Zee Entertainment Africa.

Mehek is the story of a young girl from Delhi, India whose love for cooking is closely tied to her mother’s memories and Shaurya (Karan Vohra), a rich and arrogant, restaurateur.  Their paths cross leading to an unlikely relationship but all is not what it seems. 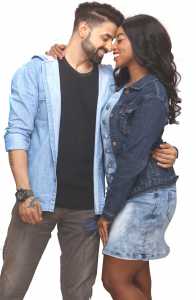 Meanwhile Eddie Gabela (Ndaba ka Ngwane), a successful businessman from Africa moves to Delhi with his wife Leleti (Nomava Kibare), daughter Norah (Shonisani Masutha) and son Dennis (Kamogelo Mogale).  Dennis has been implicated in a serious crime and whilst the family knows he’s innocent they are helpless to save him from these false accusations and decide to leave Africa for his safety.

Norah’s love life however takes an interesting turn when she meets and falls in love with Karan in India. Their relationship is a colourful imbalance of love and betrayal as the couple forges a life together in India.

The South African cast said that their time spent filming in India – three months non-stop – was both exciting and demanding. Speaking at the launch of Mehek in Johannesburg – a glittering affair featuring dynamic displays of African and Indian dancing – the cast expanded on their experience.

“There was a lot of pressure, making back-to-back episodes and also not being able to understand Hindi,” says Ndaba ka Ngwane. “It was daunting at first – but it all worked out so well. The crew were amazingly supportive. And we could make suggestions and alterations to the script. We were treated with such respect.”

Shonisani Masutha says there was a great support structure, amongst the film crew and also amongst the actors. “We would work really, really hard – and then we would make time to have ‘cappuccino moments’, where we would sit back, take a break, and just reflect on what has been happening,” she explains.

Nomava Kibare said that initially, the crew had treated the four African actors as a real family. “They thought we were actually related, when we arrived,” she laughed. “But the truth is, we just met at the airport on the way to Delhi. But by the end of filming, we all knew each other properly.”

All the actors agree that it was a great experience, that the process of adapting and learning was fulfilling, and they look forward to more collaborations. “We feel really blessed,” says Masutha.

Where and when: Zee World, DStv Channel 166, Monday to Sunday at 9pm