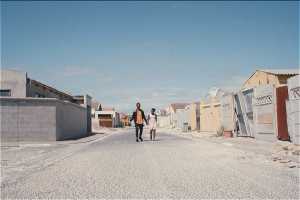 The event, which showcases a diverse selection of independent films each year, managed to push the boundaries of storytelling and connecting with audiences despite the COVID-19 pandemic, by presenting the awards online this year.

The jury commented that My Father The Mover is “a ‘movement’ film which had the biggest impression on us and lasted through the tragedies we’re going through now”.

The short film tells the story of Stoan (a.k.a. Stoan Move Galela), a dancer who uses African electronic Gqom beats to motivate kids in the township of Khayelitsha, South Africa to jive through their hardship and find their superpowers.

According to Jansch, the award-winning short came about by chance. “I met Stoan through my co-producer, Mandilakhe Yengo. It was a random encounter as he was working behind the scenes as a choreographer on a series. We started chatting and I asked him how long he has been a dancer. He answered by saying ‘I’m not a dancer, I’m a mover’. I was immediately intrigued.” 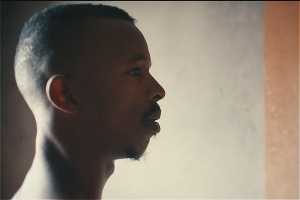 Stoan (Mthuthuzeli Stoan Galela, pictured left) is a self-taught dancer from Gugulethu outside Cape Town. He started dancing at an early age and his passion is his free dance group, the United Township Dancers. Stoan’s dream is to make dance his mainstream gig. “To make money I sell paraffin, I choreograph bride and groom dances and other gigs that come my way and I sell ‘#move – away from gangsterism’ T-shirts to raise awareness about fighting crime and gangsterism in the community.”

While talking to Stoan, Jansch learned of the work he does in his community. “I was so drawn to Stoan because here was this behind-the-scenes choreographer who was doing this magical work that no-one knows about. I wanted to get his story out into the world in the hope of providing a platform for him to raise awareness about his work. There are so many grassroots movers and shakers, just like Stoan, making small miracles happen.”

Stoan invited an intimate crew into his home and his class. “The first time I met Julia we connected spiritually, and she understood my calling, and that made me trust her and our working relationship. I let her into my life and into my work,” he shares. 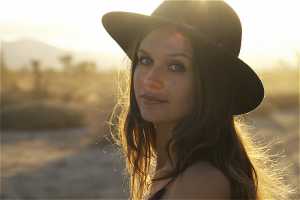 Jansch (pictured right), the daughter of acclaimed South African producer/director Roberta Durrant, began her career in development, working for FremantleMedia and RadicalMedia. Her short films have premiered at festivals around the world, and she is currently writing her first feature. She has an MBA and an MSC from Oxford University and a filmmaking diploma from the New York Film Academy.

Winning this award is a career milestone for the young New York-based filmmaker, who describes the project as a miracle. “Sometimes the universe conspires to make something happen,” she says. “This project was not planned. My last short took a year to write and months of pre-production; this small gem came together swiftly without sacrificing on quality,” she says.

For Stoan the opportunity was as unexpected and profound: “I have always dreamed of becoming an international artist and being recognized for what I love to do, but I didn’t ever expect to be involved in a film that would win an award like at Tribeca.”

What: My Father The Mover