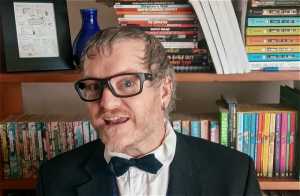 The series started in April and the library of available video stories is growing, as is a young (and not so young) audience. Featured as #LockdownLegends on the Expresso TV show, the children’s YouTube channel Character Stories for Children is a daily event designed to give your kids a fun adventure to experience.

Each day a new or returning character appears to share a story, poem or even a song for a couple of minutes, with new stories added in English, Afrikaans and isiXhosa.

Monday is the turn of Hairyett, a wild and wacky character who tells stories guaranteed to “Knock your socks off!” Lately she has been seen with her friend Hairy who has a beautiful moustache and plays the guitar and they have been teaching us some lively songs. Every Wednesday there are stories – a regular English character one at 3pm followed by an isiXhosa story at 3.30pm where local talented artists Siphokazi Jonas and Sindiso from the Makukhanye Art Room in Khayelitsha have been entertaining us with some local tales. 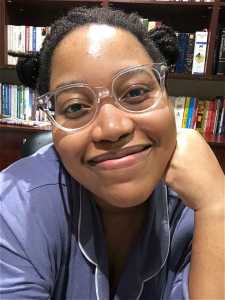 Friday is the turn of The Saga of Clyff Hanga where every week a new character that the kids have met returns to tell the next part of a completely made up story. The story revolves around a man named Clyff Hanga and some of the adventures he goes on with a young girl called KD, who is struggling after having to move to a new town just before her birthday. This story has been created around suggestions made by the audience and every week ends on a cliffhanger keeping everyone in suspense until the following episode.

Improvisors and story-tellers from two countries and different ages and backgrounds have come together voluntarily to make sure that the children of lockdown have something fun to watch every day at 3pm during the week.

Find Character Stories for Children on Twitter at @characterstory1

What: Character Stories for Children – Stories, poems and songs on Youtube for SA kids

Where and when: Click here – released every weekday at 3pm from 6 April 2020