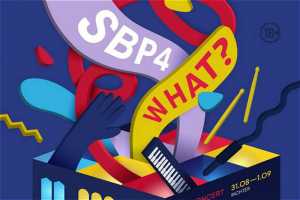 Red Bull will present SBP4 (RU), supported by Femi Koya (NG) and The World Of Birds live at the Armchair Theatre in Observatory, Cape Town on Saturday 1 February 2020.

The gig marks the first time the wild Russian energy of SBP4 will be experienced in Cape Town, showcasing their electronic and forceful groove fused with energy. SBP4, which unabbreviated in Russian translates to “The Biggest Prime Number”, hails from St. Petersburg and has over the years become the indie darling of the Russian-speaking side of the world. The band has released six successful studio albums, winning multiple awards along the way – including GQ’s Musician of the Year, Afisha’s Album of the Year, the Artemy Troitsky’s Steppenwolf Music Prize for Album of the Year, and nominations for the Jagermeister Indie Awards for Group of the Year and Single of the Year. Partygoers can expect a colourful collage of hip hop breaks, funk guitar, disco bass, and psychedelic bridges. 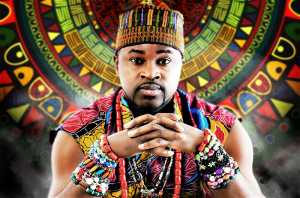 Femi Koya and World of Birds

Joining SBP4 on the night will be Femi Koya from Nigeria and local act The World Of Birds. Singer, composer and saxophonist Femi Koya showcases a combination of Afro beats, blues and jazz that has established him as one of the names to watch on the African continent, having performed alongside John Legend in Cape Town and Yvonne Chaka Chaka at the CAF Awards in Lagos. He has recorded with Simphiwe Dana and Pops Mohamed and worked with Baaba Maal, Angelique Kidjo and Wizkid, among many others. He’s appeared at festivals including the Joy of Jazz, the National Arts Festival and Bushfire.

The World Of Birds, who have established themselves as one of the rising indie-pop acts of Cape Town, will also be on the bill on the night. SBP4 will also be recording material in the Red Bull Studio Cape Town from 3 February 2020.

What: Red Bull presents SBP4, Femi Koya and The World of Birds

Where and when: Saturday 1 February 2020 at The Armchair Theatre, 135 Lower Main Street, Observatory, Cape Town