Stuart Taylor has always been funny. Part of a comedy vintage whose numbers include Nik Rabinowitz, Riaad Moosa and Kurt Schoonraad (the 1970s were clearly good years for creating Capetonian comics), he’s been making us laugh for a while. Solo shows such as Techni-Coloured, Learner Husband and Bespoke have toured the country and pulled in both audiences and awards. He’s paid his dues, and rightly earned his place amongst the top names of South African comedy. 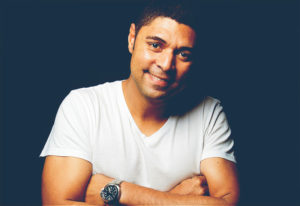 But his latest solo show is next level stuff. Taylor has ramped up everything – his delivery, his choice of material, his engagement – and turns in a masterful performance that has the ability to get audiences both laughing and thinking. There’s a crackling energy here, and the sense of somebody who has had it with the bullshit and is going to call it like he sees it. With humour, of course. But also with a great deal of sharp insight. And confident irreverence.

All the big issues are in the mix – race, class, gender, disability. Which makes it sound as clinical as an EFF workshop on contemporary socio-economics. But of course it’s not. Taylor has the ability to take a simple interaction with his son about a school project, and get you laughing even as he has slipped at least two of the above-mentioned big issues into the mix. His skill at seeing situations from a number of perspectives means he can rip off his child’s rah-rah accent at the same time as roasting a tik addict from the Flats. And while you’re belly-laughing, you’re also scheming “yes, that’s so right” or “shit, he’s made a good point.” He teases, he delights, he enchants – and he makes us examine ourselves. It’s a subtle talent, this, and not one that all comedians have. But Taylor’s show brings this out in shed loads.

Another aspect of the production that is refreshing is that none of the material is expected. There are a couple of very obvious targets moving around the South African landscape at present, but they almost seem too easy for Taylor to bag. Instead, he draws on experiences from his own life, or from events he has observed, to formulate a commentary that is no less current but all the more cutting for its originality. 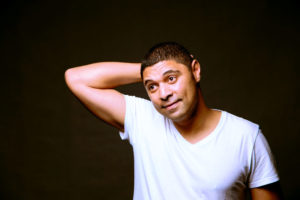 In the press release for this show Taylor talks about turning 40, and notes that Funny You Should Say That is “his version of a mid-life crisis”. However he wants to call it, the production is easily one of his best ever, and perhaps some of it does indeed stem from attaining a certain age and not feeling one has to follow the rules so much, anymore.

Then there are other factors that come into play, such as Taylor trying out some of the material in comedy clubs over the past few months. Clearly this has contributed to a slick, streamlined set with no extraneous chaff. And finally, he had the good sense to ask Rob van Vuuren to direct, and his deft hand is very much in evidence. The dynamics, the timing, the occupation of physical space – it all felt right.

It’s an absolute joy to watch a performer at the top of his game – although one gets the feeling that this is by no means the pinnacle of Taylor’s career. He’s got time to get even better. But at the moment he’s flying pretty fecking high. Funny You Should Say That has a short run, and it’s in an intimate space, and you’ll want to be a part of this. Just sayin’

What: Stuart Taylor: Funny You Should Say That

Where and when: Golden Arrow Studio, Baxter Theatre from 22 January to 3 February 2018