Actor RYAN DE VILLIERS joins the production of the award-winning Matilda the Musical for a festive season in Cape Town. He speaks to WeekendSpecial about his role and what he’s been up to: 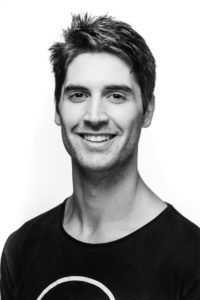 WS: Tell us about your role in ​Matilda the Musical​?

Ryan de Villiers: I play the role of Miss Trunchbull, the headmistress of Crunchem Hall Elementary. For me, she’s one of the meanest and scariest villains I remember from my childhood. Three words I would use to describe her composition would be iron, meat and ox. Her name also illustrates her so well, it’s as if you can hear her coming from a mile away and once she is in the vicinity she need not say a word to have everyone’s attention. But she is as complex as she is brawn. Her inner child surfaces often and informs her sadistic character. She really is a delight to play.

WS: And it’s your first role in a musical! What an amazing show to make your musical debut …

Ryan de Villiers: I know, Matilda was one of my favourite childhood stories and to be playing in this musical is such a surreal experience. I really have always wanted to be in a musical but was always afraid of pursuing it. This year I had made a bit of a mindshift and decided to literally audition for anything I could (It’s tough to get auditions in Cape Town when you’re new to the city). I saw auditions for Matilda the Musical at the beginning of the year and I really thought: “I have nothing to lose!” It’s such a cliche, but that attitude really helped me decide …

WS: Along those lines – have you watched any footage of other versions of the show, or perhaps seen it live? Just wondering, in terms of your own preparation for the part …

Ryan de Villiers: I haven’t seen the show live but I have seen some clips online and I have watched the movie a million times. So I’ve drawn a lot of inspiration from what I have seen yes, but also been encouraged to make this iconic character my own – which adds to the challenge but also makes it so much more rewarding and fun!

WS: And what do you think is magical about the show? It has been wildly popular, and won so many awards – why is this?

Ryan de Villiers: Oh my goodness the music is pure genius! The set looks incredible! The kids are out of this world! The story is both heartbreaking and heartwarming. It’s full of lovely contrasts and identifiable characters. There’s really so much I can’t begin to explain the magnitude of it. Everyone has to see it!

WS: You’re a Rhodes University drama graduate – tell us a bit about your background, and what has brought you to Cape Town?

Ryan de Villiers: Yes, I grew up in KZN and the Eastern Cape and then headed to Grahamstown to study Accounting and Economics! Two years later I changed my degree entirely to Drama and Political and International Studies. Best decision of my life! I guess I always just had Cape Town in mind for after studying. The sea and the mountains were also deciding factors!

WS: Would you say that what is happening in theatre here is pretty exciting?

Ryan de Villiers: Yes, definitely but I think there can be so much more! As I mentioned, it’s hard to get auditions for theatre here and that’s partly because there isn’t that much going on in my opinion. I think actors and writers need to be less afraid to make their own work, and just create, even if it sucks. We have so many stories to tell and so many amazing writers! 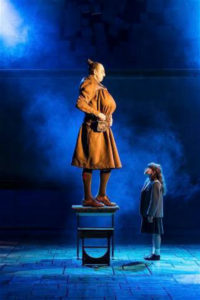 WS: Okay – if you had to have a dream role, in a dream production, in a dream space – what would these all be?

Ryan de Villiers: Besides Miss Trunchbull in Matilda the Musical at Artscape? Umm. But seriously, this really is a dream role and I’m so grateful for it! Otherwise I don’t have a specific dream role. I just want to be challenged and as versatile as I can be. I want to play evil villains and princes in musicals, I want to be in Shakespeare and Chekhov plays and I want to create as many roles as I can. Basically I’m greedy and hungry for everything!

WS: What was the last live show you saw – and how did you find it?

Ryan de Villiers: I watched two shows at Alexander Bar: Marsha and Medusa Incarnate. Both shows were made by fellow actors, which I so admire, and were very entertaining and succeeded in transporting my mind out of this world for about an hour, which I found to be quite therapeutic!

WS: Tell us one thing about yourself that other people may not know – or suspect?

Ryan de Villiers: If there is food in front of me, I will eat it. All of it. It doesn’t matter how much there is or what it is. It will be gone.

WS: When you’re not working – what do you like to do to relax?

Ryan de Villiers: I feel like relaxing is even working for me (need to sort that out). But when I’m not acting I’m either teaching yoga, studying to finish my B.Com, watering my plants, reading, watching movies, or watching dogs in De Waal park.