Guitarist Selaelo Selota tours to the Baxter Theatre on 23 March, 2019. This is the launch of the Afro jazzman’s nationwide 8 Colours Of The Rainbow Tour.

The project name is also the title of his upcoming album, and the music will premier at the Cape Town gig. He will also feature other artists notable in their own right.

Selaelo Selota met Vanessa Phillips a few years ago and she’s on the bill, as is jazz guitarist Jeremy Olivier, who studied at UCT over the same period as Selaelo.

His take on the concert: “8 Colours Of The Rainbow is a musical experience that seeks to bring people together. Unity and love are at the core of this show.”

He grew up in a village near Polokwane (formerly Pietersburg) in South Africa’s most northern Limpopo Province, where he was greatly inspired by the traditional music all around him.

His music style is influenced by the traditional singing and dancing of the gold mine’s migrant workers amongst whom he lived, the Pedi melodies with which he grew up and the jazz he heard at Kippie’s Jazz Club where he was a cleaner.

Selaelo studied jazz guitar at the FUBA Academy. He formed Meropa who appeared on the Grahamstown Arts Festival Fringe 1995 and in 1996 he formed the Taola ensemble. 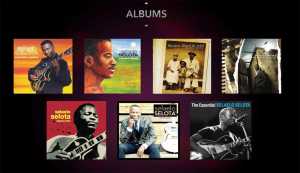 What: Selaelo Selota Tour
Concert: 8 Colours of the Rainbow A Quest for the Colour of Life
Where, When: Baxter Cape Town, 23 March 2019
Selaelo Selota tickets: R250
Book: https://bit.ly/2VC66rD
WS