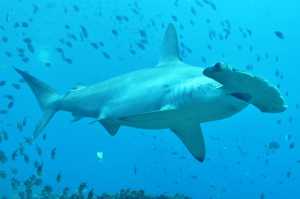 This year, Sharkfest makes a splash to celebrate a decade of the toothiest and truthiest shark content with the most immersive and massive programming experience to date. The only shark event that proves truth is stranger than fiction will take viewers up close and personal with one of nature’s most feared predators, swimming across National Geographic Wild (DStv 182, StarSat 221) every Saturday and Sunday from 18:00 this July, and for the first time, viewers can feast on even more much-loved shark series and specials on Disney+.

This year’s lineup offers a treasure trove of new original content that dives into details on over 15 different shark species and features footage from all over the world, including South Africa, the Galapagos Islands, Costa Rica, Australia, Hawaii, The Maldives, California, Massachusetts, Maine, Florida and more.

Big and dangerous predators are invading unexpected waters, from golf courses and swimming pools to lakes and backyard keys. Through analyzing user-generated footage, shark experts get to the bottom of how and why sharks seem more willing than ever to meet us on our own turf. In a bizarre twist, people encountering sharks in unexpected places are called to urgent action.

The moon has an impact on animal species around the globe, but there’s never been a connection drawn between the lunar cycle and sharks. One scientist thinks the moon plays an important role in the migration and life cycle of the scalloped hammerhead, and he’s on a mission to see if his hypothesis is true. If there’s a tie between the hammerhead shark and the moon, there could be a tie with other shark species as well … with a profound impact on both shark science and conservation.

In the animal kingdom, males are often presumed to be the most dominant. But in the ocean, does this presumption hold water? Scientists search for answers to understand if the biggest and baddest sharks of them all are female. From the great white sharks of South Africa to the tiger sharks in the Maldives, the team seeks to uncover the ultimate rulers of the waves.

Dive into the jaw-dropping stories of anyone and anything that’s found themselves prey to the deadliest, toothiest terrors of the sea. The boundless hunger and curiosity of sharks can lead them to chow down on the most unexpected things, such as big game like hippos and crocs or inanimate objects like kayaks, cages and chicken coops.

Numerous reports of giant great hammerhead sharks, up to twenty feet in length, have put the actual size potential of this species into question. A team of scientists from Florida International University is now on an expedition off the Florida coast to try and find the world’s biggest hammerhead, taking them from the numerous bridges of the Florida Keys to the sharky waters of the Bahamas.

If you go down to the beach today, you could get a big surprise! Drones are revolutionizing everything that we thought we knew about sharks. And the biggest surprise? That many sharks live closer to our shores than we might like to imagine. It’s time to look behind you; the ocean’s top predator could be much closer than you think!

Two teams of experts go to extraordinary lengths to take shark science into the wild as they investigate two of the most iconic shark superpowers: speed and bite force. In California, the race is on as Andy Casagrande attempts to reveal the top speed of the world’s fastest shark. And in the Bahamas, Brocq Maxey gets much closer than most to investigate the power in a shark’s bite.

It’s time for sharks to face off in the ultimate species competition with the greatest matchups the ocean has ever seen. In ten nail-biting competitions, we’ll prove once and for all which shark is the MVP of the open sea. The great white is favored, but can it beat the shortfin mako in the 100-meter dash? Or out-jump the thresher shark? Can it keep up with the appetite of the whale shark? An underdog might just swim into first place!

The two biggest of the BIG THREE — great whites and tiger sharks — are two of the most dangerous predators in the ocean. And they get BIG, up to 20 feet and 18 feet, respectively. But can they grow even larger than that? Where can we find the world’s biggest? Two teams of scientists are diving in to uncover the secrets of these powerful and majestic creatures.

Bull sharks are invading in a big way. Their bullish behavior in oceans worldwide has made them famous from coast to coast. The seven seas aren’t enough; they’re taking over brackish waters and rivers too! Warmer waters due to climate change mean bull sharks can expand their range even further … so the more we learn about them now, the better.

Where and when: July 2022 on National Geographic Wild (DStv 182, StarSat 221) every Saturday and Sunday and selected Disney+ slots