Sithe Ncube speaks to XIO MIKO about game development, game jams and gaming for girls ahead of Playtopia MGA 2019. 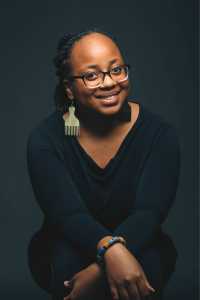 Sithe Ncube (pictured left), is currently doing her postgraduate studies in Computer Science at Nelson Mandela University, and is also the founder of  the Ubongo Game Lab, a technology group interested in game development, gaming technology and its use within Zambia.

The overall focus of the group is to give visibility to the game development scene in Zambia and encourage its growth. Most recently, there has been a drive to increase women’s participation in game development. Sithe Ncube will be at Playtopia MGA 2019 this year:

Xio Miko: What inspired you to start the Ubongo Game Lab?

Sithe Ncube: In 2013, while I was working at Bongohive, a technology and business incubator in Zambia, I was encouraged by the founders to grow my personal interests through creating community groups. At the time I had just learned about a Zambian game developer and was curious about whether there were more game developers in Zambia. After hosting an event at Bongohive with some friends around E3 2013 that was a gathering of people interested in games, game development and learning to code by making games in Python, the reception of the event showed me that there was a great interest in the growth and exploration of that space. After that, Ubongo Game Lab was formed, and we continued to host community game development events such as game jams and showcases in Lusaka.

Sithe Ncube:  We were most active between 2013 and 2016. Our first events were mini-game hackathons using Stencyl and Construct. After we hosted about three or four events in 2013 we learned about Global Game Jam and applied to host the first Global Game Jam site in Zambia. That was our first step into getting ourselves more in touch with the global game development scene. Our first few events were very exploratory and really shaky as we were all diving into the software we came across for the first time. After learning more about other events and showcases people do all around the world, we realised that game jams are, in essence, learning and rapid prototyping. Now we’re more able to host structured game jams and embrace the chaos. A lot of times we make fast games in a short period of time using Twine, Construct, Stencyl or simply paper. Thus far we haven’t really pushed our participants to publish their work online. I would like to change that and have better documented work so I can show you some of the interesting things people come up with during our events. 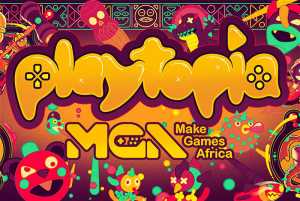 Xio Miko: The Games Plus Girls workshop was created because the game development community in Zambia was mostly (if not entirely) male. Were there discussions around the cause of this gap?

Sithe Ncube:  Yes, though not at first. I will never forget the first Game Plus Girls workshop because it was a real eye-opener for me. Initially we hosted our first all-girls game development workshop with the Asikana Network, a Zambian women-in-tech organisation, in January 2015 to get more women interested in game development and to balance out the participation in Global Game Jam more. That was the goal. However, during a pause in the workshop someone asked me a question: “How do guys treat you or react to you being interested in games?” That was the first time someone earnestly asked me that and it was the first time I really thought about it. It was also the first time I realised there were lots of things I didn’t like about being one of the only women in our community visibly interested in games and game development. After that we had a group discussion where many of the women talked about how they didn’t like how they were treated if they showed an interest in games and aspects of gamer culture that somewhat alienated them. A lot of the women even felt they would rather hide their interests in games to avoid the kind of reactions they were received with. It was a very organic conversation that I don’t think would have happened if there was never the space for women to express those concerns without feeling judged. From there I felt that the gap was mostly created by aspects of game development and gamer culture that are alienating and uncomfortable for many women to encounter. Whenever we host our Games Plus Girls workshop, I do try to gather more perspectives from our attendees and I’m always learning something new. But the most significant discussion we had was during the first event because it was really when I started to notice the patterns and when I became aware of the importance of providing opportunities for those who are seemingly left out to have their voices heard.

Xio Miko: You once mentioned that we’re a market vacuum in the Western game development scene. Could you elaborate more on that?

Sithe Ncube:  I believe I said that something like “Where there’s market saturation in the Western game development scene, Africa has more of a market vacuum” in a video from A MAZE. / Johannesburg 2017. I’m not sure if it came across correctly but I was looking for words to illustrate how the market for games made by Africans is far from overwhelmed in contrast to the many, many, many game developers and studios you have in the West. You don’t have to compete as much for recognition as an African game developer within the continent. Which is great because you would already have to overcome so many barriers unique to our region when you pursue game development. 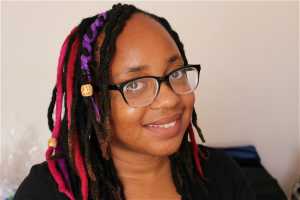 Xio Miko: Have there been any significant changes in the African market recently?

Sithe Ncube:  Hmm. I really need to follow up on this. I hope I can get more up to date during Africa Games Week! A recent development that I hope has made a difference for game developers in Africa is Google Play rolling out merchant registration to more African countries. So now it’s easier for people to make money from mobile games. I have also enjoyed seeing the increase in combining games and local culture through initiatives such as Enter Africa – Gamify Your City. Yay for Afrofuturism.

Xio Miko: What has Ubongo Game Lab gained from the Global Game Jam over the years?

Sithe Ncube:  Over the years, it’s given us an opportunity to be a part of a global community of game developers in the biggest possible way. When Ubongo Game Lab started out we learned about game jams and the state of game development in other regions through Global Game Jam. Currently I’m one of the regional organisers for Sub-Saharan Africa and I’m still doing my best to learn about other regions in Africa and the similar barriers we face and the unique ways people approach game development in our region. Personally, I’ve also been made aware of the research that happens surrounding game jams and game development through Global Game Jam and it’s piqued my interest in what could be learned from our own game development communities if documented and observed more purposefully.

Xio Miko: Has anyone participated in the GGJ from the Games Plus Girls workshop?

Sithe Ncube:  Yes! Right after our first Games Plus Girls workshop there was an increase in participation as some of the women went on to take part in Global Game Jam. In 2017 we had our first all-women team which was made up of participants from the workshop. We switch up how we do things every year and try to find what can fit best to get more of the participants involved in Global Game Jam.

Xio Miko: What are your future plans for the lab?

Sithe Ncube:  We haven’t had a lot of activity over the last two years because I pivoted most of my focus to my academics so before anything else, we’re probably going to have to go through a bit of a revival period. Thankfully that is happening soon. In December we’re launching a new initiative where we will be profiling 100 African women’s experiences in game development over 12 months and 1000 African game developers over five years. Ask me about this during Playtopia! My long-term goal is to have a sustainable location that can produce homegrown interactive digital content and I hope that we can somehow carve a lasting space in our continent’s digital history.