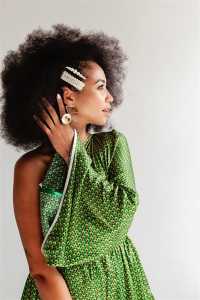 On Sunday May 24 at 5pm, singer Lynelle Kenned (pictured left), accompanied by Stefan Lombard on piano, will perform live in a one hour concert titled Still the Soul Soars, presented by Aki Khan and Penny Lane Studios. Part of the proceeds will be donated to the South African Theatre Benevolent Fund, an organisation that supports entertainment industry professionals in times of need, which is currently facing multiple challenges caused by the Covid-19 pandemic. The concert will include light classics, covers, musical theatre favourites and art songs.

Lynelle, a graduate of the UCT Opera School under the tutelage of Prof Virginia Davids, is a multidisciplinary performing artist, TV presenter, corporate MC, actress and media personality. Her list of awards include the Kunste Onbeperk YOUNG VOICE 2019, a 2018 Naledi Award, a Fiësta Award in 2017 and a Fleur du Cap Theatre Award in 2016. Her performances include Musetta in La Boheme, Julie in Showboat, Cherubino in Le Nozze di Figaro, Saartjie in the award-winning Poskantoor and Ennie in Queenie-hulle (2020 Fiësta Award – Best Theatre Production). Classical performances as soprano soloist include The Messiah, Easter Oratorio, St Matthew Passion, Jauchzet Gott in allen Landen, Brahms’ Requiem, Handel’s Gloria and the Gloria by Vivaldi. Musical theatre credits include Mrs Lyons in David Kramer’s Blood Brothers, Mattie Allen in Orpheus in Africa, Klara in Heidi – The Musical, Maria in The Sound of Music and Grace in the world premiére of Calling Me Home. Since 2012, she’s been a television presenter on Pasella, hosting Jý Geld, 123 Fixit and Uit die Spens on KykNET and VIA.

Stefan Lombard is a pianist, conductor, chamber musician, musical director and arranger. A classically trained musician, he enjoys exploring musical boundaries and different styles. He made his solo debut with the CAPAB orchestra at age 16. Stefan is a graduate from the University of Cape Town, and also studied with Renna Kellaway at the Royal Northern College of Music in Manchester.

Stefan has covered a wide range of music in the classical genre, solo performances with orchestra include the concertos by Rachmaninov , Khachaturian and the Mozart and Mendelssohn Concerto for Violin and Piano. Stefan was an accompanist at University of Stellenbosch and ad hoc repetiteur for Cape Town Opera, the musical director/pianist for the for the popular Divine Divas, and the original European touring production of African Angels. He has orchestrated and recorded with the Wellington Sinfonia, New Zealand for the UK based Twelve Irish Tenors. His musical theatre credits include the musical CATS, which he conducted in South Africa, Lebanon, Malaysia, Taiwan, Korea, China, Sweden, Norway, Finland and Qatar. Other productions include Phantom of the Opera, Chicago, Stephen Sondheim’s Assassins, Cabaret and the Rocky Horror Show, winning a Naledi award as best musical director. Stefan made his official conducting debut with the Cape Philharmonic Orchestra in a UK tour of the musical Show Boat.

What: Still the Soul Soars with Lynelle Kenned and Stefan Lombard