THE LYING KING – CIRCLE OF LAUGH. Directed by Chris Weare. With Alan Committie. Theatre on the Bay. 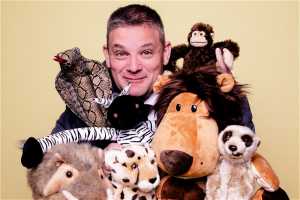 The set got me smiling from the start. Riffing on The Lion King as a theme, centre stage was dominated by a fabulous faux-Pride Rock, complete with dried African shrubbery, while the rest of the space was dotted with an array of smaller and different rocks (including Dwayne Johnson). There’s a tongue-in-cheek nod to the interconnectedness of everything – of course in Alan Committie’s world, that affinity has more to do with laughter then anything else. The man has very clever ways of connecting random dots to form complete comedic pictures.

The Lying King – Circle of Laugh is Committie’s annual end-of-year knees-up, a chance for the comedian to reflect on the past year and perhaps impart some thoughts for the future ahead. Which sounds terribly sobering on screen, but is of course anything but in the hands of this master manipulator. Committie can take the simplest of scenarios – such as stubbing his baby toe – and turn it into something uniquely funny. And tie it into the major themes of the show, which are essentially lying and connectivity. It’s in the deconstruction and delivery of these themes that he excels.

And following on that Pride Rock pattern – life, especially in South Africa, provides a fertile hunting ground for the canny comedian.

Load-shedding, of course, gets a look in (it would be kind of weird to ignore the largest state blunder of the holiday season); but then so do other more offbeat topics, such as the woes of auto-correct, why gym trainers are successful, how people get away with abusing those who wear glasses, and how come Heidi the TV character had a best friend who lived in the Swiss Alps – in a wheelchair … 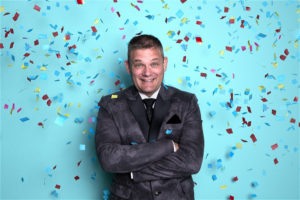 Whether purporting to play the piano, throwing a light on Latin roots, or demonstrating how a single word can end up linking Lady Di and Winnie the Pooh, with a miscellaneous cast of characters thrown into the mix (you have to see this to understand it), Committie is a whirlwind of hilarious energy. And his off-the-cuff commentary feels as tight as his scripted work.

Delivered with a veteran’s ease

Woe betide the latecomer, or the foreigner, or the person who has what is perceived to be a “boring” job – because Committie can pounce as swiftly as a leopard on a warthog. When he starts to interact with the audience, he is deadly  (especially if you’re a German tourist with the unlikely name of Jasmine) – but to be fair, Committie is never overtly rude. It’s smart, rather than stupid stuff, and I reckon his “prey” are generally up for a bit of rough.

The Lying King – Circle of Laugh offers a generous dose of on-form Committie, combining organic material with a tightly crafted script, all of it delivered with a veteran’s ease. Whether he’s hamming up his role in Richard III, teasing a school boy, or explaining what makes women tick, this a comedian who’s on top of his game, and it’s a joy to experience. The night I went was sold out – so just a heads up if you want a seat.

What: The Lying King – Circle of Laugh