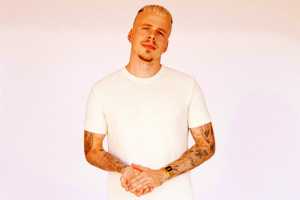 A new South African documentary, The State of the Arts – The Forgotten Industry, directed by Adrien Conradie, aka Aidin Caye (pictured left), gives a snapshot of the struggles SA musicians have been facing.

Released to coincide with World Music Day, which is in June, the short doccie looks at the challenges faced by some of the country’s entertainment and live-performing artists during the Covid-19 pandemic and the still-ongoing lockdown restrictions.

On 23 March 2020, President Cyril Ramaphosa announced that he would be imposing a 21-day total lockdown on the country’s 56 million citizens. The everyday difficulties, at first shared by all South Africans, became more than a year of uncertainty, frustration, and eventually despair, particularly for those reliant on the live music and entertainment industry for a living.

The live entertainment sector, which is responsible for over 800,000 jobs and more than R63 billion in annual revenue (or 1.5 percent of South Africa’s GDP), remains severely impacted by lockdown regulations, with more than 90 percent of artists and other stakeholders having lost their income since the initial ban on large gatherings came into effect on 15 March, 2020. 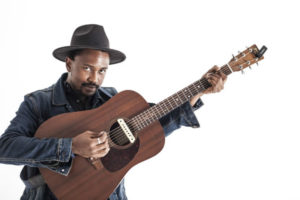 With lockdown restrictions still a reality more than a year later, The State of the Arts is both a tribute to the importance of this genre of artists and an even-handed look at the substantial uncertainty, lack of support, and the no less salient loss of purpose, fulfilment, and human connection experienced by the artists and practitioners featured.

The short film weaves together stories of various entertainment artists, including Kyle Watson, TiMO ODV, Majozi (pictured above), Goodluck, Dean Fuel, Lady Lea and others, who have been unable to derive an income even as restrictions eased for virtually every other industry in South Africa.

Watch The State of the Arts – The Forgotten Industry

The State of the Arts Director, Adrien Conradie, aka Aidin Caye – DJ and Producer, says he was inspired to undertake the project to showcase the difficulties faced by his colleagues and friends who are reliant on live performances for the majority of their income. “At no point in the last 15 months have nightclubs legally been allowed to operate as they are seen to be high risk for the spread of Covid-19, and as much as the lockdown restrictions have eased as the time has gone by, the ability for our industry to operate has constantly been restricted, with very little support from government.”

He says that while some artists have been able to live off of royalties, many others have had to abandon their chosen profession and their passion to survive. A South African Cultural Observatory (SACO) study conducted in August 2020 found that nearly half of South Africa’s live music workers would quit the industry for good. “It has been heart-breaking to experience and to watch friends deal with the impact of being left out in the cold to fend for ourselves, unable to do what many of us have dedicated decades of our lives towards,” says Conradie.

He continues: “Musicians who cannot work don’t just suffer financially; they grieve for the creativity and connection that their music usually brings. The State of the Arts is meant to shed light on our industry and to provide a platform for those who were prepared to share their experiences in the hope of it educating and also comforting others who are going through the same struggle and knowing they are not alone.”

Says Conradie: “If in watching these conversations you feel compelled to support your favourite artists but are unsure how to do so, the most important thing you can do is support their art. Buy their merchandise, watch their live streams, stream their music, and when Covid abates, buy tickets to their shows.”

What: The State of the Arts – The Forgotten Industry