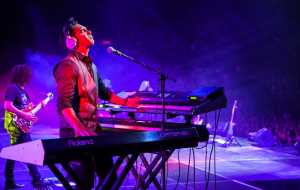 Vertigo go virtual! Five of Cape Town’s top instrumental virtuosos will come together as Vertigo, in a high energy instrumental showcase that will be live-streamed from Milestone Studios in Cape Town on Friday 15 January 2021.

The concert is part of the Digital Mobility Concert Series which has been made possible by ConcertsSA and its associated funders, the Royal Norwegian Embassy, SAMRO, the SAMRO Foundation and the Levedo Foundation.

The band offers a sound and talent set which makes for an instrumental showcase with universal appeal. The five-piece is fronted by celebrated flute virtuoso Carina Bruwer – known for her extreme versatility as a classically trained turned contemporary jazz musician and one of only a few flautists in the world to achieve the “slide guitar effect” on the flute; and musically directed by Kyle Petersen (pictured above), multi-talented keyboardist and international ambassador for Roland Keyboards. Guitarist Richard Brokensha, who has performed across the world to packed stadiums and intimate royalty parties alike, joins on electric and acoustic guitars, while multi-instrumentalist and composer Nick Williams – who went pro as a mostly self-taught musician before winning the opportunity to study in Zurich and perform across the world – joins on bass. Drummer Darren Petersen (pictured below), who transitioned from a child prodigy to a fully-fledged drum, percussion and sampling specialist and one of SA’s premiere and most in-demand drummers, completes the quintet in style. 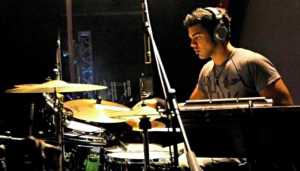 “I am extremely excited about this show, not only because as musicians we are hungry to perform – just as our audience is hungry for great music – but also because this act represents a dream that I have been wanting to realise for a long time, but never had time for,” says Carina, who is well-known as the founder and lead-player of the SAMA award-winning trio Sterling EQ and the Fynbos Ensemble.

Kyle adds: “We are fired up to get out and perform on the big stage where this showcase belongs, but for now, we are enormously grateful for the opportunity to just make music, and to bring the show to a digital audience through a professional online broadcast.”

The performance will be streamed by local livestreaming provider Panastream, as part of the Mother City Milestone series which is a digital concert series collaboration between Milestone Studios and Panastream.