Violinist Anthony Marwood will make his Cape Town debut for the Cape Town Concert Series with his duo partner Aleksandar Madzar. He speaks to PETA STEWART about the show: 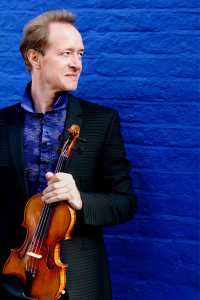 “It’s hard to put into words how important Cape Town in in my life” says visiting violin virtuoso Anthony Marwood, who plays at the Baxter Concert Hall on 16 November 2019.

Anthony Marwood says he has been visiting Cape Town for many years. “The spirit of the people and the place have inspired me more than I can say. You could say the Cape has become my ‘soul home’.

I don’t come here on holiday exactly, but more out of a physical longing to be in this environment. Sure, it’s been a place where I’ve taken a break to recover from my touring schedule, but I have also done some of my best thinking/working/preparing here, but in private, and my outward existence has been without the violin as my ‘identity’.

“Now it’s about time to make some music for my friends! My regular pianist Aleksandar Madzar is a star musician and a very inspiring colleague, so to perform here with him will be particularly special.”

They will perform Schubert Sonatina in D, Elgar Sonata in E minor, Debussy Sonata and Prokofiev Sonata No. 2.

A family of professional musicians

Marwood is the youngest of four siblings who all went on to become professional musicians. He says: “ I cannot remember a time without music. At the age of seven when I started the violin I had a conviction that this was what I wanted to do. Only acting got my pulse racing in a similar way. I’m definitely a theatre animal and have been surrounded by actors most of my life. Here in Cape Town I’m a big fan of the Fugard Theatre (my partner has also performed there twice).”

As time passes, Marwood says he feels the need more and more to be close to nature.

“Home in England is a cottage in the rolling Sussex countryside and, though I’m away from there a great deal, that sort of simple pleasure is important to me. It’s an antidote to the airports and big cities which rather come with the life of a travelling musician.”

Marwood says several musical mentors looked out for him and inspired him.

“What happens in the early years is so important, and when I was fourteen years of age I went to play to Emanuel (‘Manny’) Hurwitz, a much beloved teacher in London. This was a stroke of good fortune, as Manny’s vast wisdom, knowledge, kindness and fabulous sense of humour guided me for the next four years and beyond, even when I encountered and studied with other people. Manny did not believe in the narrow path, and encouraged me to expand my musical learning experiences in many directions – this was certainly a reflection of his own multi-faceted career.” 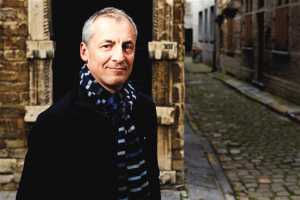 Where next? “I find the times we live in, from a political point of view, disturbing, and I’m glad to be working in a field which focuses on something away from all of that. As artists we are torn between needing, on the one hand, to be engaged and enraged, and, on the other, to be able to preserve the calm of our creative spirits. I don’t think I’ve found the right balance yet, but I am hoping my creative journey will lead me to it,” he says

Marwood’s internationally acclaimed career as a soloist includes performances this season with orchestras such as the London Philharmonic and Adelaide Symphony, while his chamber music diary includes a Faure collaboration with cellist Steven Isserlis at the Wigmore Hall in London and recitals with Madzar in Serbia and London. Madzar (pictured above), also in demand internationally, has a recital debut in Amsterdam´s Concertgebouw as one of the highlights.

What: Anthony Marwood (violin) and Alesandar Madzar (piano) in concert

Where and when: Cape Town Concert Series celebrity recital at the Baxter on 16 November 2019