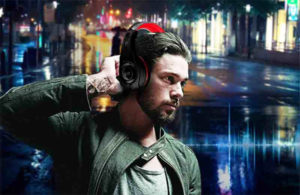 Gamers can look forward to 6 gaming trends in 2019. With titles like Fortnite exploding and companies unveiling all-new ways for players to reach their top scores, 2018 has been a rollercoaster of a year for gaming.

There was plenty of controversy surrounding certain releases, but based on recent developments, the avid gamers at Syntech have gathered a picture of what the gaming future might hold.

These are some of the biggest gaming trends of 2019, as explained by Sean Nicol, product specialist at Syntech.

Battle Royale games like Fortnite and PUBG are a global phenomenon. Free, multiplayer and multi-platform means this kind of gaming has broken into general popular culture and due to how accessible it is. “You can expect to see a lot more outside influence paying attention to the gaming industry because of it. You’re going to see more brands start affiliating themselves with gaming as a result,” Nicol says.

Augmented reality is becoming a huge trend in gaming, with, for example, driving simulation games using Google maps and “real” roads for heightened immersion. Esports, first person shooters, racing simulation and fighter games are all becoming more popular in the VR space, Nicol explains. In the next few years, the industry will also start to see VR equipment and headsets becoming a lot more accessible.

This has been a hot topic after Battlefront 2 put paywalls in front of the characters they showcased. You were either expected to grind hundreds of hours of game time to unlock a character, such as Darth Vader, or pay a sizeable amount of money – not to get the character, but to get a chance of getting them in a loot box, Nicol says.

This has far reaching implications, as some European countries look to implement legislation against this. For games targeting a market under 21 years old, such Disney’s Star Wars, these regulations could be a hurdle. As South African trends tend to follow European ones, we can expect to see this either reach our shores, or be addressed entirely before we even receive the product.

Several recent releases have shown a strong market for single player games. Red Dead Redemption 2 took pretty much every award that could have been given, while Sony releasing Spiderman Game and God of War – all proving a point that single player gaming is here to stay,” adds Nicol.

However, this doesn’t mean the demise of social gaming.

“Esports making its presence known at a Comic Con event proves a very solid point – that gaming isn’t just for gamers anymore, there is an entire following now that caters to gaming and gaming IPs. The number of YouTubers/ streamers that are out there now making videos of playthroughs means that there are more people watching others play instead of playing themselves. Either way, the market is growing massively on both fronts, both in single and multiplayer platforms.

Haptics generally constitutes any form of interaction involving touch. Haptic technology in gaming recreates the sense of touch or feel in a game by applying force or vibration feedback to the user in the real world. This has been a staple in controllers for some years now, where simple vibrations are applied to the user during in-game events.

Intelligent haptics is moving into new frontiers, Nicol explains, featuring advanced signal processing through state-of-the-art haptic drivers to more accurately mimic in-game events in real time. This means headsets and gamepads will be better able to react to in-game audio or events and transform them into rich, lifelike effects in the real world.

As the price of gaming laptops becomes more accessible, you’ll see this continuing to be an option on the gaming market. There are, however, drawbacks to using portable hardware, such as issues with battery life and heating and not getting the same kind of processing power as on a PC.

“Gaming laptops aren’t quite the same bang for your buck as PCs, but it’s getting close,” Nicol says.