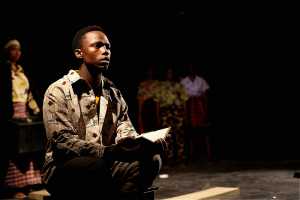 Artscape shows on Youtube will provide free music, theatre and dance entertainment from December 2020 to January 2021

Amongst the various productions to be showcased includes the 49th Western Cape Youth Music Festival, which will be celebrated with nine extraordinarily talented musicians who were selected from virtual auditions. Fine Music Radio (FMR) will broadcast the concert on Sunday 13 December 2020 between 3pm and 5pm and Artscape YouTube streaming will be online from 13 December.

Patrons will also be able to tune into Youth in Action, a music show featuring new and young artists who will perform a variety of songs from both local and international musicians on 17 December. Many of those artists will be performing on the Artscape stage for the first time. 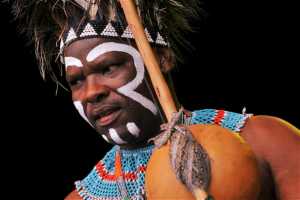 Musician Dizu Plaatjies (pictured above) and singer Zinzi Nogavu, directed by Mandisi Dyantyis, will present a concert on 21 December that will display the beauty of African music. On 26 December, patrons will be able to tune into Jungle Theatre’s performance of Mantis and The Bee – an entertaining exploration of /Xam mythology.

Ukuwa Kwe Nkaba (pictured top of page), loosely translated, means ‘the cutting or falling of the umbilical cord’ takes centre stage on the 28 December. Through music, movement and drama, the plight of women who are forced to raise their children on their own is tackled. This powerful play, by Light of Life Theatre Organisation calls on mothers to tell their children the truth, no matter how painful. 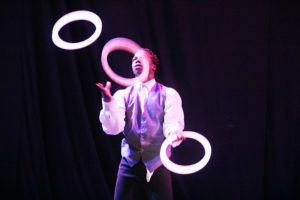 Artscape will showcase the last lunch hour concert of the year 30 December, with Zip Zap’s Once Upon a Circus lunch hour concert (pictured left). The production gives the audience a sneak-peek into ‘circus’ life, through the lens of an inquisitive and mischievous character called Trompie.

A sizzling performance by Women Unite will wrap up the festivities on 3 January 2020. Their versatility, virtuosity and infectious rousing performances have greatly amplified the impact of African music in Cape Town and around the world and features traditional African Music combined with jazz and modern. The band is led by award-winning performer, Thandi Swaartbooi.