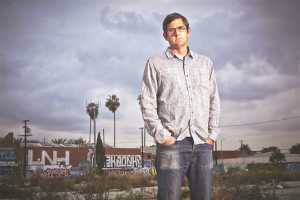 Louis Theroux, British documentary filmmaker, journalist, broadcaster, and author will showcase a series of great documentaries every Thursday from the end of July to September 2020 at 8.30pm on SABC 3.

Louis Theroux programme: Each chapter will be split into two parts

For hundreds of years, romantic relationships in western society have been based on the idea of monogamy: two people, together, for ever. But with nearly half of all US marriages ending in divorce, perhaps the traditional model is no longer fit for purpose. In Love Without Limits, Louis travels to Portland, Oregon, the heart of a movement seeking to rewrite the rulebook on how we conduct intimate relationships and experience family life.

Portland, whose city motto is ‘Keep Portland Weird’, is seen as the US capital of polyamory and ethical non-monogamy, the practice of openly and transparently having multiple relationships that go further than just sex. Louis embeds himself with families who have made the bold decision to open up their relationships in a number of different ways, whether inviting others into existing relationships or allowing partners to seek romance elsewhere. He discovers that for many, more partners means more love and more happiness. But for others, multiple relationships have led to jealousy, upset and broken hearts.

Louis Theroux embeds himself in two of London’s biggest adult eating-disorder treatment facilities: St Ann’s Hospital and Vincent Square Clinic. He meets women of all ages and at various stages of their illness, accompanying them through an enforced daily routine of scheduled eating, weigh-ins and group therapy sessions.

California is tough on its sex offenders even when they have served time for their offences. Under strict parole conditions they are tagged and served with severe restrictions on their lives. Placed on a register, anyone can find out their identity and learn about their past crimes. They cannot live near parks or schools and many are separated from their families. Louis enters the twilight world of hostels and homelessness and questions the purpose and effects of these laws. Is it really right to cut off any chance of redemption or is the public actually well served by these controls?

10 and 17 September: The Night In Question

Louis Theroux heads to American college campuses and comes face-to-face with students whose universities are accusing them of sexual assault. As reports of sexual violence have dramatically increased in recent years, the government has urged US colleges to enforce a stricter code of sexual conduct amongst students.

Employing specialist administrators to carry out investigations into alleged misdemeanours, they now have the power to permanently exclude those they deem responsible. For the victims of sexual assault these new processes, which require less stringent levels of proof than criminal cases, have allowed accusations that might have never been heard in a court of law to be vindicated. Amongst the students he interviews is Mollie Johnson, whose experience is a powerful reminder that there is now a broader understanding of what sexual assault looks like.