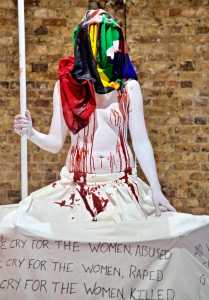 In South Africa, there are an average of 2 763 womxn who are murdered annually. That means one womxn killed every three hours and ten minutes, over the span of 365 days. For many, these nameless womxn are just statistics, abstracted and far removed from daily existence. But, for Cape Town-based performance artist, Carin Bester, they are not just numbers. Everyone had a life, loved ones, dreams.

With She had a name 365 Bester has made it her personal mission to honour and acknowledge them in her work. The work began on 1 April 2021 at midnight and has run for a year-long performance cycle that has seen Bester record a video saying “She had a name” with the next consecutive number every 190 minutes before posting it to social media. Every video statistically coincides with a womxn being murdered in South Africa. A weekly video of the combined individual videos was created and posted with details of organisations, shelters and campaigns fighting against GBV. 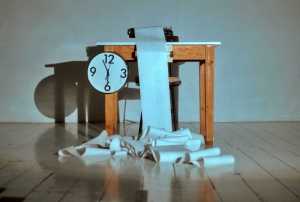 The sentence “She had a name” carries the weight of acknowledging every murdered womxn as a person, forcing us to look past the numbers we see on the statistical crime sheets and realising that each number was a person. In total 2 763 performance videos will have been created – the same amount of womxn murdered in South Africa annually, according to statistics from the past five years.

According to Bester, this performance is not just about the mourning of these womxn’s lives, but it is a call to action; a motivation for more people to get involved and act, to support existing organisations working to end GBV. It’s about standing up for the thousands of womxn who lost their lives at the hands of men. It’s about changing the narrative of our patriarchal society, which fuels a rape culture and the oppression of womxn.

The last She had a name video will be recorded on 31 March 2022, whch then marks the opening of the installation at the Youngblood Gallery, running until 30 April 2022. The objective of the installation is to travel to numerous galleries, fairs, and festivals, while working with organisations in the various regions to continually create awareness around these organisations and GBV.