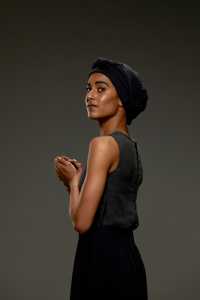 Cape Town City Ballet will present the South African premiere of Mthuthuzeli November’s Olivier Award-winning Ingoma as part of its Autumn Season from 19 May 2021 at Artscape.

Commissioned by Cassa Pancho for Ballet Black in London, and choreographed by South African born November, Ingoma (pictured left) collected prestigious awards including the Olivier Award for Best New Dance Production as well as Best Dance Production at the Black British Theatre Awards following its premiere in 2019 at the Barbican Theatre and run at the Lindbury Theatre at the Royal Opera House.

Ingoma is a compelling fusion of ballet, African dance and song, engaging in a universal theme about being human and being true to yourself. Inspired by the artwork of Gerard Sekoto, most particularly the Song of the Pick and his Blue Head, it explores the milestone Witwatersrand miners’ strike of 1946, imagining the struggles of black miners and their loved ones as thousands of miners bravely embarked on strike action for better wages.

South African Peter Johnson composed the music for the production, marking his third collaboration with November after Cape Dance Company’s Visceral and Sun. Asisipho Malunga completes the creative team as dramaturge and vocalist. 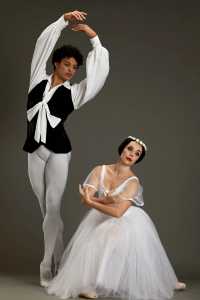 Les Sylphides on the bill

In juxtaposition to this powerful, visceral work, audiences will be able to enjoy the pastoral fantasy of Les Sylphides (pictured right). Sylphs of imaginary spirits dance in the moonlight with the “poet” to the exquisite composition of Frederic Chopin.

This quintessential romantic reverie with choreography by Mikhail Fokine will be staged by British ballet luminary Lynn Wallis, who was Artistic Director of the Royal Academy of Dance for twenty two years and who has worked with companies such as the National Ballet of Canada and English National Ballet. In 2015 Wallis was awarded an OBE for services to dance.

Back on Stage is back

Audiences can enjoy a second programme of breath-taking classical and neo-classical ballet with the return of Cape Town City Ballet – Back on Stage following sold out houses in Cape Town and Durban. 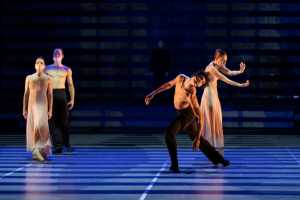 It is accompanied by Moon Behind the Cloud (pictured left), a suite of works made during the time of Covid-19, by leading South African choreographers Veronica Paeper, Kirsten Isenberg, Yaseen Manuel, Lindy Raizenberg and Marlin Zoutman.

The lyrical dancing and moving imagery is laced together through the timeless text of Max Ehrmann’s Desiderata, narrated by acclaimed performer Marcel Meyer.  Nathalie Vijver is the Dramaturg for the work.

Lighting design for the Autumn Season is by Wilhelm Disbergen.

The performances in the Artscape Opera House will be strictly limited to 250 seats due to social distancing.