Just 22, violinist Stephen Waarts is already established as one of the foremost violinists of his generation, says PETA STEWART in her interview: 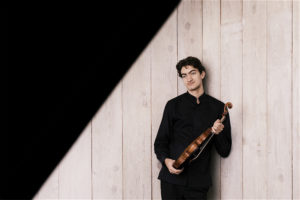 The current month,Stephen Waarts says, has been spent gathering air miles. It started at home in California before he left for Tokyo for his first Asian recital, then spent a week in Germany having lessons at the Kronberg Academy near Frankfurt and playing a string trio concert in Bremen, then on to Cape Town to bring the current Autumn Symphony season of the Cape Town Philharmonic to a close. After that it is on to Switzerland where he will be making his debut with the Lucerne Symphony in May.

Stephen Waarts will be in Cape Town to perform Mozart’s Violin Concerto no 3, accompanied by the CPO and Bernhard Gueller, who will also conduct Rossini’s overture, La gazza ladra, and Beethoven’s mighty Eroica Symphony.

This young man, praised for his innate musicality, has already taken top prizes at the 2015 Queen Elisabeth Competition and the Montreal International Competition in 2013. He also won, at the age of 17, in 2013, the Young Concert Artists International Auditions in New York, the following year winning the Menuhin Competition. He has already played with many leading orchestras and will be collaborating on a recording project of works by Hindemith with Christoph Eschenbach.

Exposed to music at a young age

It was at school at the age of five that Stephen Waarts was exposed to music. “My parents weren’t interested in classical music and I was lucky that my school, quite unusually, offered, even required, lessons in violin or recorder from kindergarten. I cannot pinpoint when I discovered that music would be my vocation but meeting talented peers my age at summer programmes led me along that path,” says Stephen. 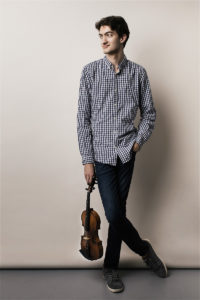 He says it is impossible for him to pick the one greatest musical influence on his life, but he says his violin teachers have been the greatest.

“My first violin teacher, Krishnabai Lewis, was maybe the biggest. I started with her when I was five and even though I didn’t study with her very long, without her who knows if I’d have ever started!”

Stephen continues: “Mozart is my favourite composer and has been since I can remember – his music is both full of humanity and seemingly divine in its perfection. This Mozart concerto might be actually my favourite of the five we violinists have, perhaps because I haven’t played it too much before!” He was able to indulge his passion for Mozart last year when he appeared at the Lincoln Centre as part of the 2018 Mostly Mozart Festival.

Waarts spends most of his time in Europe. He lives in Berlin and travels to Kronberg im Taunus, near Frankfurt for his studies (his first degree came from the Curtis Institute in Philadelphia), but he returns to his native California to see his family and perform there.

Berlin and its influences

Music is obviously the most important facet of his life, but he has other passions and hobbies. He is enjoying exploring his new home town – he moved to Berlin in September 2018 and has found there are other interests there that also influence his musical thinking, often in seemingly unconnected ways. 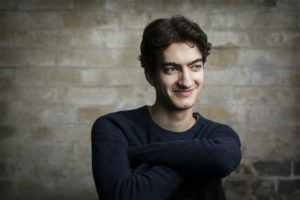 He’s not in a hurry in building his career. “I like to let my career develop as naturally as possible at this stage,” Stephen explains. “ I have projects planned I’m very much looking forward to in the next seasons like my debuts in Wigmore Hall and Tel Aviv, but I think the most important thing is to improve and be true to music.“

In between his studies – he has a “fantastic teacher at the Kronberg Academy, Mihaela Martin”, and at this stage he is free to perform as much as he wants to. He divides his performing life between recitals, concerto performances, and chamber music and has already performed over thirty standards, as well as rarely performed violin concertos. His first CD of works by the Schumann and Bartok with pianist Gabriele Carcano was released last year.

This is a young man on the move, and Cape Town will be able to say again … we showcased him on his way to the top!

What: Stephen Waarts, violinist with the Cape Town Philharmonic Orchestra