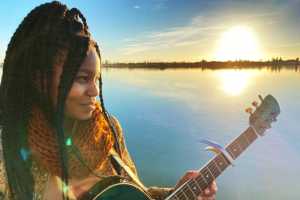 Sunday Sessions is a “curated musical voyage” with singer-songwriters Yonelisa Wambi and Angelah (pictured left), presented by Emphasis Films in association music studio/promoters Sit the Folk Down. The event will take place at Boulders Beach Restaurant and Lodge, Simons Town on Sunday 18 April at 3pm.

With the ocean as the backdrop and penguins as neighbours, families of all ages are invited to ease out the weekend with two uniquely talented homegrown stars as they take audiences on a laid back inspirational musical voyage.

A rising star on the South African indie, folk, rock and neo-soul scene, is the vivacious Angela Stuurman, a talented singer/songwriter/guitarist from Cape Town forging a uniquely eclectic musical style from a variety of influences. Her lyrics with strong eco-feminist overtones are powerful and poignant – reflecting deep insights and social criticisms and the challenges, hopes, fears and dreams of her generation. 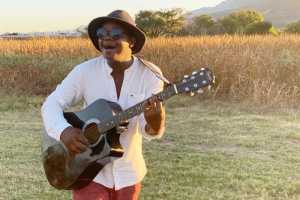 From jazz to hip-hop, Yonelisa Wambi (pictured right), can play it. His African roots are infused into neo-soul, country, RnB, jazz-hop, and so many more genres, that each performance brings an element of surprise. The Cape Town-based singer, song-writer and guitarist has performed at The House of Machines, the Cape Town Festival, the Cape Town Pre-Jazz Festival, and the Muizenburg Festival.

He has been under the wing of jazz legends such as Mike Perry from the Jazz Workshop and Poki Klass from Intonga Music School, as well as studying jazz vocals at UCT.

“I was raised around every genre of music, which is heard through the distinct style of my music. I love to fuse Xhosa and English in my original songs, as it is a great way of enticing people from all backgrounds to listen. I am so proud to be showcasing African music, and mixing it with English makes it accessible to everyone, whilst educating people on African culture,” says Yonelisa.

Where and when: Boulders Beach Restaurant and Lodge, Simons Town on Sunday 18 April at 3pm

Tickets: At the door, but advisable to book through Quicket