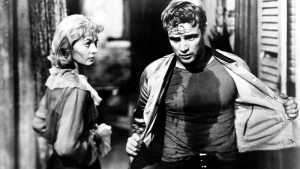 The Vineyard Hotel, Abrahamse and Meyer Productions and Tally Ho! Productions have joined forces to pay special tribute to the life and legacy of Tennessee Williams, who would have celebrated his 110th birthday this year.

From 25 September to 10 October 2021 (Friday, Saturday, and Sundays) the Vineyard Hotel’s restaurant will be transformed into a socially distanced, celebratory Tennessee Williams wonderland where patrons can revel in the playwrights’ words, hear some of his favourite songs sung, and stimulate their tastebuds with a uniquely crafted Williams-inspired menu of amuse-bouche dishes and cocktails.

Williams lifted the spoken word to sublime, musical heights through his inspired use of language while incorporating music itself in telling ways in many of his works. Tennessee Williams: The Blue Piano/The Blue Guitar is a celebration of Williams’ most beautiful and haunting words. Extended speeches that are practically arias and lyrical scenes that soar like duets will be interlaced with a selection of musical numbers Williams adored and referenced in his plays.

Patrons will hear extracts from some of Williams’ most celebrated plays including The Glass Menagerie, A Streetcar Named Desire (pictured above), Summer and Smoke, Camino Real and Orpheus Descending. Musical numbers will include unforgettable standards from the Great American Songbook like “It’s Only A Paper Moon”, “On A Slow Boat to China” and “You’re the Only Star in My Blue Heaven” alongside haunting Mexican canciones like “La Golondrina” and “Noche De Ronda”.

The evening is directed by leading Williams director Fred Abrahamse and the musical direction, arrangements, and accompaniment (on piano and guitar) is by Jaco Griessel.

The cast includes Matthew Baldwin, playing a young Tennessee Williams, hosting the evening, and linking the various scenes with relevant extracts from Williams’ amusing Memoirs. Baldwin was last seen onstage playing Tom in the award-winning 2019 revival of The Glass Menagerie. Joining Baldwin is new-comer Zoë McLaughlin. She will take on the bulk of Williams’ famous heroines like Blanche Dubois and Miss Alma. McLaughlin recently graduated from the Waterfront Theatre School and picked up a Fleur du Cap nomination as Most Promising Student.

Rounding out the cast is Marcel Meyer playing Williams’ hustler heroes like Val Xavier and Kilroy. Meyer is no stranger to the Williams canon, having played several leading Williams roles on stages across South Africa and the USA; most recently, an award-nominated performance as The Gentleman Caller in The Glass Menagerie and a critically acclaimed interpretation of Reverend Shannon in The Night of the Iguana in the USA.

Where and when: The Vineyard Hotel from 25 September to 10 October 2021 (Friday, Saturday, and Sundays)