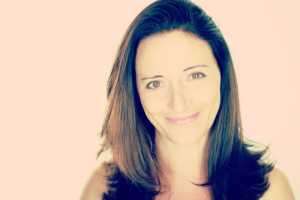 Actress Dianne Simpson (pictured left), has been recording a series of video sketches called The Mind-Set Sketch Show which are available on Youtube. MEGAN CHORITZ spoke to her about the project:

MC: Where inside your brain did this all come from?

DS: I actually initially was scrawling through Youtube and Facebook looking for funny skits to use in my sister’s Women in Leadership programmes as she had to put everything online when Covid hit – and I was given the task to help make the talks as entertaining as possible and not just ‘talking heads’.

I had just watched Tiffany Jenkins (who is hugely successful on Facebook and Youtube where she speaks predominantly about her own battle with anxiety and depression and does a variety of skits and serious talks regarding this). She has three skits, called If My Brain had a Meeting, parts 1, 2 and 3 and that’s pretty much where I got the idea to maybe do the same, with a Dendrite skit. I also follow an Irish comedy team called Foil, Arms and Hogg and they did a similar thing. I then recorded the Dendrite skit based on this formula – and, like Tiffany, played all the characters – which was hectically fun and ideal when it came to Covid and social distancing! And thought nothing more about it.

Until I became very sick during lockdown – took me out for six months (looooooooooonnnnnggggg story) and needed a bit of a project – so I released the Dendrite skit on Facebook and got quite a bit of traction and viewership from it. I unfortunately wasn’t well enough to continue to do any more at the time.

I’ve always wanted to do a skit series and have tons of notepads filled with different ideas but none of them have any hook that would bind all the skits together. They’re all pretty random. I also put a course onto Udemy about purpose called Return to YOU! and am so incredibly passionate about the human psyche and what makes us tick. Suddenly, I thought – hang on – I could tackle all the issues I speak about in the course, in bite size little skits. And the rest, as they say, is History!

MC: Is The Mind-Set Sketch Show a lockdown project?

DS: I think this is a lifetime of wanting to do something like this and it took me being in lockdown to do it. I love playing tons of different characters, I love comedy and I love the human condition! So … I have all of my passions in one neat little package.

MC: Are you a clinical psychologist?

DS: I’m not a psychologist, no. But most of the books I read are self-help or have something to do with psychology and I’m constantly listening to podcasts or Youtube videos about how to master certain conditions or emotions. I suppose I was also looking for a more entertaining way of getting much of the information across – so there is so much scope to this and I’m incredibly excited about all the possible things that can be explained in this way. 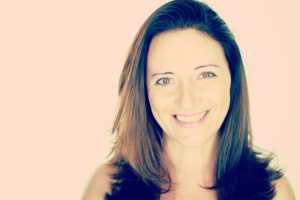 MC: How easy are these episodes of The Mind-Set Sketch Show to make?

DS: They take a fair amount of time. It’s quite a bit of pressure as I need to release an episode every Friday. It’s come down to the wire a couple of times. Some weeks I know exactly what I’m going to tackle – others, I kind of just go with the flow. And, I know it sounds a bit weird, but it’s almost like the scripts get channeled through me. Sometimes I have an idea and I start writing and the script somehow becomes something completely different. Then I do a second and third draft and the initial concept is nowhere to be found. It’s become its own entity.

MC: Who is your favourite character to play? Who do you struggle with?

DS: I always start my recordings with the Brain character – who I initially thought would be a bit boring to play, but she’s actually become quite a lovely character to do. She is the base of every episode and everything is built around her.

I LOVE playing the more outrageous characters – Arrogance, Overwhelm, Disappointment are some who stand out – but they’re all fun to play. I have no preconceived notion of how they will sound until I decide to get dressed – I go with the flow and they become what they become. Sometimes, when I write, I’ll have an idea of how certain characters will look or sound, but mostly… they just become what they become on the day.

What a genius way to showcase your broad comedic range, your amazing comic timing, and your witty script writing. Is this a totally solo project or do you have any help in any area?

Firstly, thank you for all the support and the wonderful compliments.

The Mind-Set Sketch Show is a solo project from script, to performance, to editing. A lovely friend of mine, Liesl Laurens does the graphics at the beginning and end, and Jose Vaz has kindly let me use his song, Sunday Afternoon over those graphics. Otherwise, it’s solo. It’s been great to learn how to edit.

I want to carry this on for as long as I am able to, but at some stage, I’ll have to go out and earn a living. I’m living off the remnants of selling my car and that’s going to run out soon. So if anyone is hiring??? Just saying …

I’m going to do seasons of about eight episodes each. Then give it about a month break and continue to do another season.

What: The Mind-Set Sketch Show