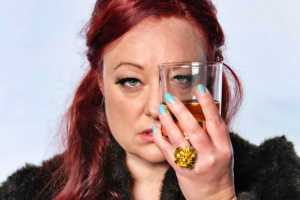 A power-packed production of Edward Albee’s classic play Who’s Afraid Of Virginia Woolf will play in Cape Town and Johannesburg from September to November 2022.

Gloucester Productions presents the work at Theatre on the Bay in Cape Town and Pieter Toerien’s Montecasino Theatre in Johannesburg.

Who’s Afraid Of Virginia Woolf is regarded by many as one of the more powerful explorations of relationship dynamics, and this year it celebrates its 60th anniversary.

Back in 1962, audiences and critics alike could not get enough of Albee’s masterful play. A dark comedy, it portrays husband and wife George and Martha in a searing night of dangerous fun and games with a younger couple, Nick and Honey, who get caught up in the battle. 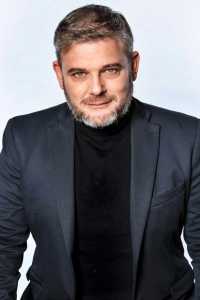 By the evening’s end, a stunning, almost unbearable revelation provides a climax that has shocked audiences for years. With the play’s razor-sharp dialogue, witty and hilarious scenarios and the stripping away of social pretence it has been described as  “a brilliantly original work of art, surging with shocks of recognition and dramatic fire” by Newsweek.

This production is in the wonderfully capable hands of a multi award-winning team.
Sylvaine Strike directs a stellar-cast including Alan Committie and Robyn Scott, with Sanda Shandu and Berenice Barbier. The show is designed by Wolf Britz. Photography is by Martin Kluge.

Director Sylvaine Strike says: “On the auspicious occasion of its 60th anniversary, directing Edward Albee’s extraordinary Who’s Afraid Of Virginia Woolf feels like an electrifying rite of passage, and I am both humbled and thrilled! This superbly penned dark comedy is a beast, a timeless classic that plays out over the length of a single evening during which bourbon and brandy are consumed in vast quantities by its four protagonists. Mischievous mind games are only the tip of the liquor-fuelled iceberg, leaving the audience no option but to ride its deliciously wild rollercoaster of hilarity, cruelty and madness.”

What: Who’s Afraid Of Virginia Woolf

Cape Town: Theatre on the Bay from Friday 16 September to Saturday 8 October 2022