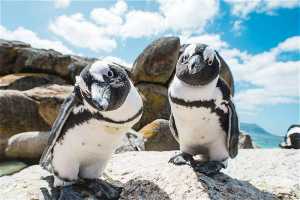 Wild Metropolis is a new doccie series that explores our cities from a fresh perspective, through the eyes of animals that live there.

Humpback whales breach in New York’s Hudson River. Smooth-coated otters live in Singapore and huge colonies of megabats have made Adelaide their home. African Penguins find sanctuary and safe places to nest in Cape Town. Animals have adjusted surprisingly well to city living. Not only are they applying their natural-born skills to this urban environment, they’re also making amazing adaptations.

With Wild Metropolis, every Sunday at 6.30pm from 17 January 2021 on SABC 3, viewers can discover the extraordinary animals adapting to life in the world’s most loved cities, and witness the remarkable ways they meet the challenges of surviving in the newest habitat on the planet.

The world’s cities are growing at a faster rate than any other habitat on the planet. And while most of us imagine them to be concrete jungles devoid of nature, for animals of all shapes and sizes they are just a new habitat filled with new and surprising opportunity. With similar needs to humans, these wild animals face similar challenges, and like us, if they play their cards right, they can find everything they need in the city. With the natural world shrinking, and our urban centres continuing to grow, adapting to life in the city has never been more important. This first episode examines what it takes for these wild residents to thrive in the newest and fastest changing habitat on the planet.

This episode explores whether the secret to an animal’s success in this fast-changing world is to keep one foot in the wild and one in the city, becoming a wild commuter. Leaving the wilderness they must overcome the unique challenges that the urban world throws at them to benefit from the opportunities on offer. Many animals displaced from their natural habitat are now using their wild skill set in the city to help fulfil their needs. Could this be the beginning of a new and very modern migration?

In the last 30 years the world’s urban areas have almost tripled in size, changing at a rate wildlife has never experienced before. As cities are built, animals are pushed out of their natural homes. Their stories are the most surprising and captivating of all. Today, these ‘wild outcasts’ find themselves fighting for their place in a land that once belonged to them. In this episode we feature elephants in Sri Lanka and see that competition between them and humans for land and resources is resulting in deadly territorial conflicts, which demand solutions. And on the Pacific coast of Costa Rica we meet a troop of capuchin monkeys and learn how our behaviour is affecting them, and raising big questions about their future. But we also discover where we learn to live with wildlife as neighbours, and give it the space and resources it needs, it can thrive. 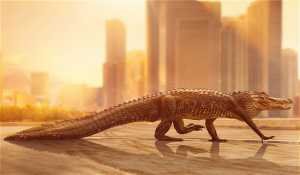 The resulting relationships between human and animals can be mutually beneficial. We meet an Amsterdam heron called Kiri who has been visiting the same house twice a day for the last 17 years, befriending its owner, and the Florida manatees whose population has recovered to such an extent under the guardianship of local human residents that, in recent years, they have been taken off the endangered species list, and contributed to a massive boom in the local tourism industry. We meet the swiftlets who have evolved to live only in people’s houses and specially built swiftlet hotels in Indonesia.

And the surprising story of a population of tiny foxes on a Californian island whose presence benefits the hardened military personnel of a US naval base. This hopeful but realistic episode culminates with the return of charismatic ocean giants to the world’s most iconic city, as humpback whales breach against the New York skyline.