Vegan, vegetarian and flexitarian lifestyles have become increasingly popular over the last few years, and many people have shifted towards a healthier diet. This health-conscious mindset has seen the plant-based food trend grow quickly amongst South Africans. According to a recent study, the primary driver of plant-based eating was directly related to health, with four out of five consumers confirming that they were committed to eating healthy.

While some choose to avoid meat altogether, there are still those who choose to balance their week’s meals with meat and non-meat-based dishes – commonly known as a ‘flexitarian’ diet. 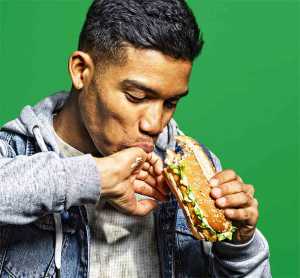 One new option supporting non-meat eaters is Burger King® South Africa’s new plant-based Whopper, Vegan Royale and Vegan Nuggets, which are available in all its restaurants. These new additions feature the authentic Burger King® flavour, but with 0% meat and 100% plant-based ingredients.

In addition to these three new menu items, meals can also be accompanied by two dip pots for nuggets (Fiery & BBQ), fries and Pepsi – all 100% vegan choices that have been endorsed by V-Label.

“We understand that consumers are looking to make healthier food choices which is why Burger King® is constantly looking for ways to make eating out easier. Early this year, we pledged our commitment to developing an entire menu containing 100% natural ingredients and now, we’re introducing healthy plant-based and vegan options,” says Ezelna Jones, Group Marketing Executive at Burger King® SA. 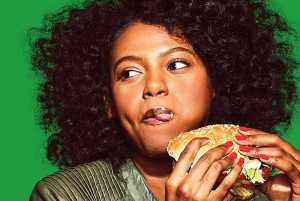 Jones goes on to explain that Burger King® believes in giving its guests choice, which is why it wants to be the global leader in plant-based alternatives in the quick-service restaurant industry.

“Our aim is to offer vegan, vegetarian, and plant-based alternatives that do not compromise on flavour or price. Why should it? By working with partners such as The Vegetarian Butcher™ and securing endorsements from industry leaders like V-Label, which is administered by ProVeg international, we know we can create the industry’s leading vegan and vegetarian recipes to truly bring BK to you Your Way®.”

“V-Label [administered by ProVeg SA] is proud to have been involved with the vegan endorsement of Burger King’s new vegan menu options. We see this initiative as more than a trend and applaud Burger King’s shift towards providing new and existing customers with healthier, more sustainable, and ultimately – in our opinion – tastier options.” – Donovan Will, Country Director ProVeg SA, V-Label.