It was all about Chocolate and Connoisseurs at the Table Bay Hotel. Our new Taste team, The Truman Show, did some pairing:

One usually pairs chocolate with wine. At least in our house, that is the case. So, it was with a little skepticism that we read the invitation to an experience called Chocolate and Connoisseurs at the Table Bay Hotel. It read, “Explore the intricacies of pairing two of the most distinguished and delicious treats in the world, whisky and chocolate!”

Surely no good could come from this pairing. But the individual lures of Lindt Chocolate and Glen Grant Single Malt Whisky proved too much. Thus, we duly arrived at the Waterfront on a cold Monday evening ready to learn something new. I’m glad we did.

One of the signs of a well-run establishment is that every interaction is consistent. From the first person who greeted us at the door to the last person who held the door as we left, every member of staff at The Table Bay Hotel was both friendly and helpful. The pairing itself was held in the Camissa Brasserie; just the right ambience for whisky.

The three glasses were carefully placed on a printed page, showing which glass contained the Glen Grant Majors Reserve, the 10 year old and the 12 year old. Each was aligned with a square of Lindt chocolate. Before we started, the enthusiastic Caleb gave a brief overview of whisky in general and Glen Grant in particular. The difference between the three parings was explained. Unexpectedly, the lightest chocolate had been matched with the 12 year old. However, after Caleb explained the rationale behind this, it made sense to pair the lighter chocolate with the more refined whisky. 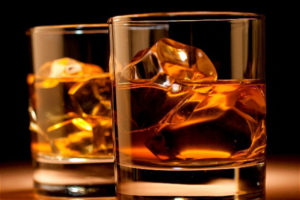 The results were interesting. Applying the method of tasting the whisky both before and after a bite of chocolate showed a difference in the taste. Quite a pleasant difference, in fact. For example, the caramel notes of the 12 year old became more prominent after the bite of chocolate. My skepticism had been removed and a new convert had been added to the unofficial chocolate and whisky aficionado club.

Does this mean that I shall steadfastly refuse a whisky when offered without an accompanying piece of chocolate? Probably not. But I suspect that this chocolate experiment will be repeated often when sharing a whisky with a friend.

What, where and when: The Chocolate and Connoisseurs pairing costs R175 pp. It is only available on Mondays at the Camissa Brasserie at the Table Bay Hotel and needs to be booked in advance. 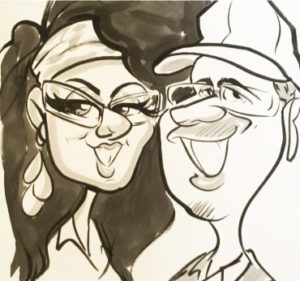