Craig Urbani has landed his dream role as Frank-N-Furter in The Rocky Horror Show, which opens at Artscape on 6 December 2019, before moving to the Teatro, Montecasino from 17 January 2020. A star of such shows as The Buddy Holly Story and Chicago, Craig tells us what it means to be playing a sweet transvestite in this cult musical: 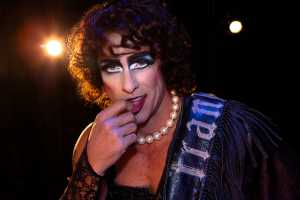 WeekendSpecial: I think I remember seeing you in the 1992 version of The Rocky Horror Show (with Jeremy Crutchley as Frank-N-Furter) – you played Rocky, is this right?

WS: So you have a real history with the musical – how does it feel to come back playing the incredible Frank-N-Furter?

CU: Ever since that production I have dreamt of playing this role. It’s a bucket list thing for me and to have the opportunity is a gift and a blessing. I feel like I’ve been rehearsing for the part privately and quietly in my head for over 20 years!

WS: It’s a pretty iconic part – would you say it’s intimidating or liberating to have the role?

CU: It’s both exciting and daunting to get this opportunity. There will inevitably be comparisons to Tim Curry’s iconic performance and the movie, but I believe that with the help of the overseas creative team from the UK we will land somewhere that allows me to create whilst giving the audiences and fans what they’ve come to see. So there will certainly be some Tim “Curryisms” and hopefully some fresh Craig Urbani moments thrown in too. It’s a dream role!

WS: Have you made any sort of special preparations for the part (watching previous productions, practicing walking in high heels, learning how to wear false eyelashes)?

CU: I’ve been working in the heels for some time now in preparation and hitting the gym to work on my physique and stamina. I’m feeling pretty good and strong. As for the make up and lashes!?!?! Help is much needed!!

WS: Do you have a favourite song from the show?

CU: Sweet Transvestite. Such a groove and vamp! Best entrance in theatre history! 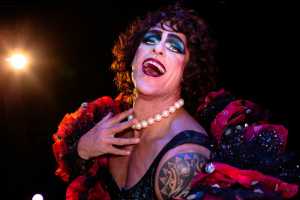 WS: The last time we saw you here in Cape Town was in Chicago earlier this year. What have you been up to, in between?

CU: After Cape Town we did Chicago in Joburg and then toured Germany and Austria with the show. I then did Rock Of Ages in Joburg which was a career highlight for me.

WS: What was the last live show you saw, and how did you find it?

CU: The last show I saw was Forever Plaid at the Theatre On The Bay which was charming and very entertaining.

WS: What do you like to do to relax?

CU: I love spending time with my daughter and playing music to relax. I’ve also become one of those annoying gym people. I wasn’t very healthy in my 30s and early 40s! I’m enjoying keeping fit and saying in shape.

WS: Can you tell us one thing about yourself that other people may not know?

CU: I’m actually quite an introvert.