F1 Grand Prix star David Coulthard will drive the Cape Town Circuit in the Aston Martin Red Bull car on 2 June 2019. The Red Bull Cape Town Circuit is a showcase event, which has toured around the globe to destinations like Hanoi, Tokyo and Mexico City, and will take place at Cape Town’s Grand Parade. 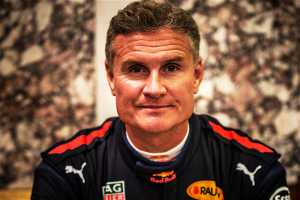 Event goers will have the once in a lifetime opportunity to see one of F1 Grand Prix’s greatest legends in action, with David Coulthard in the driver’s seat of the Aston Martin Red Bull car. Coulthard’s precision driving skills on tight circuits such as the narrow streets of Monte Carlo where he earned two of his race wins, has made him one of the icons of F1. The 48-year-old British F1 race car driver has driven for Williams, McLaren and Red Bull Racing. His achievements include 13 race wins, 63 podium finishes and a second place in the drivers’ classification in 2001, behind Ferrari’s Michael Schumacher. His skills will once again be on display with the iconic sites of the Mother City as the backdrop for this adrenaline-fueled showcase.

“We received an incredibly warm welcome when we first took our show car to Cape Town back in 2011 and we are delighted to return this year, powering the car down Cape Town’s iconic Grand Parade on 2 June,” explains Christian Horner, Aston Martin Red Bull Racing Team Principal.

The Red Bull Cape Town Circuit will give thousands of South African fans the chance to witness the thundering power of a Formula 1 car at close quarters! Sure, you’ve watched a Grand Prix on TV, but there’s no substitute for the ear-splitting roar of the engine, the haze of tyre smoke and aroma of burning rubber.

What: David Coulthard on the Red Bull Cape Town Circuit