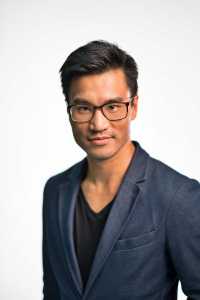 Hailed by Dance Europe as ‘without doubt, the greatest ballet conductor we have in the UK’,  Hong Kong-born Briton Jonathan Lo is Music Director of Northern Ballet, Staff Conductor for the Royal Ballet at the Royal Opera House, Covent Garden, and Principal Conductor of the New Bristol Sinfonia. He was Principal Guest Conductor of the Xi’an Symphony Orchestra from 2015-2019. He was a member of the Jette Parker Young Artist Programme at the Royal Opera House and a conducting fellow with Birmingham Royal Ballet, for whom he is a regular guest conductor.

Sought after around the world

Increasingly sought after by ballet companies around the world, Mr Lo’s past and future engagements include work with companies such as Dutch National Ballet, The Australia Ballet, Zurich Ballet, and Rambert Dance Company. His broad repertoire ranges from the contemporary to the classics such as The Nutcracker, Swan Lake, Romeo & Juliet, Giselle, La Fille mal Gardee and Cinderella. He has given numerous world premieres of ballets by distinguished choreographers such as Cathy Marston, Kyle Abraham and Goyo Montero, and has collaborated with some of the world’s leading choreographers such as Christopher Wheeldon, David Bentley, Hans van Manen and Crystal Pite. Mr Lo’s work has been broadcast both live and recorded for cinemas around the world, on BBC television, SkyArts, and on DVD for OpusArte.

Born in 1987, Jonathan Lo read music at the University of Oxford, before going on to study conducting at Royal Northern College of Music on a major scholarship. He was appointed to his first music directorship aged 18 with the Oxford University Philharmonia after winning the University’s conducting competition. Since then, Mr Lo has conducted orchestras internationally and nationally, most notably the Orchestra of the Royal Opera House, Danish National Symphony Orchestra, BBC Philharmonic, Royal Ballet Sinfonia, London Sinfonietta, Manchester Camerata, Northern Chamber Orchestra & Gabrieli Consort.

“Jonathan Lo is undoubtedly one of the world’s leading ballet conductors and we are honoured to be welcoming him for our Winter Season,” says Debbie Turner, CEO of Cape Town City Ballet.