In the new season of Running Wild with Bear Grylls, the survivalist takes Channing Tatum, Cara Delevingne, Brie Larson and others into extreme territory. The new season on National Geographic begins Wednesday 22 January 2020 at 9pm, with more action, stunts and visceral moments than ever before.

This season, Grylls goes all out with some of the most entertaining superstars who push themselves beyond their limits by leaving civilisation behind for a no-holds barred journey through the most extreme environments on the planet.

The full lineup of multi-award-winning actors, entertainers, comedians and superstars include the following: 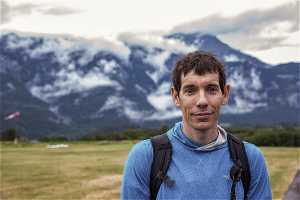 The new season of Running Wild with Bear Grylls transports viewers across remote locations in the USA and around the world, including crocodile-filled mangroves in Panama and underwater caves in Sardinia to deep crevasses on Iceland’s largest glacier and scorching desert slot canyons throughout Arizona. These intrepid cast members must face their deepest fears and tackle everything from wild animals to rock rappelling as they journey through some of the world’s most unforgiving wildernesses. 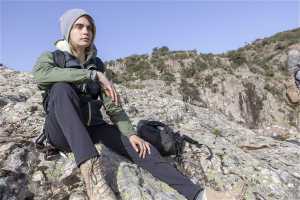 Q: Who was the most surprising guest to work with this season of Running Wild with Bear Grylls?

BG: Each of the episodes this season was special to me but I think it was Cara Delevingne (pictured left) who really surprised me. She’s such a survivor at heart, and she truly brought that spirit to the wild. The positivity and determination she has shown in her life helped her so much on our journey and getting to know her personal story was so powerful. Despite the huge challenges she has faced in her life growing up she shows us all that true resilience comes from within and that courage is all about facing the difficult and always moving forward towards it.

Q: How do you choose a location or adventure for each celebrity? Do they have to go through tests?

BG: There are no specific skills test, but we do ask about their abilities, what they’ve done and what they’d always dreamt of doing. When we’re in the wild, it’s always in such a dynamic situation that you have to be on your game, and obviously as a crew we can only anticipate so much out there. Our team usually scouts a location ahead of time and we map out a journey, with the goal of having an adventure that is based on what will provide each guest with a truly unforgettable and empowering experience. That’s it. Let the wild reveal and then empower.

Q: Do your adventures help turn audience attention to issues like animal and environmental conservation?

BG: If my travels have shown me one thing it’s just how precious this planet is and how fundamental nature is to humanity. I think you have to see it to believe it. This is why it’s so important to get outdoors so we can all forge a stronger relationship with the natural world. You don’t have to look far to see first-hand the devastation that is happening. That’s why for example US President Obama wanted to go on the journey with us on Running Wild with Bear Grylls – he’d studied the science and he said, “I’ve seen all the data, I understand that, but I want to see it first hand and experience it.” Ditto Prime Minister Modi of India who after I took him on a journey to the rainforest announced his vision to ban one-use plastic in India. These moments are the seeds of change. Because when we stand up close and we see first-hand the effects of climate change, then that’s the best classroom.

Q: Who inspires you?

BG: My late father, a former Marine who taught me the spirit of adventure at a young age.

Q: Are you ever nervous or scared before an adventure?

BG: It’s always scary to tackle new things, and especially in a wild environment where things are as super unpredictable. I’m probably just as nervous beforehand as the celebrities, but the key is to be willing to face your fears head on and to keep moving forward. It seems that I’m daring and wild, but in fact, I’m quite cautious and very aware of the risks for both my guests and myself. The hardest part of Running Wild I always feel for the guest is probably just committing to it all 100% from the get go and having to trust me from the very beginning. Trust takes time in the wild but on these journeys these stars have to take that initial leap of faith whilst we have only just met. That always adds an element of added adrenaline and excitement for sure for both of us.

What: Running Wild with Bear Grylls

Where and when: National Geographic Channel, DStv Channel 181, from Wednesday 22 January 2020 at 9pm