UPDATE: The second leg of the festival will no take place from 19 to 22 May 2021 at Artscape, due to an increase in numbers of participants.

The annual Shakespeare Schools Festival South Africa (SSFSA) will take place at Artscape in town and the Masque Theatre in Muizenberg from 19 April 2021. 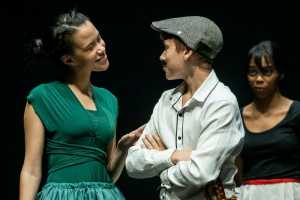 Launched in 2010 and now celebrating its eleventh year, the much anticipated youth event is going ahead, much to the delight of participants and audiences, and with all Covid-19 protocols observed throughout the process at schools and theatres. Blythe Stuart-Linger will be directing this year’s festival.

Over the past decade the festival has become Africa’s largest Shakespeare youth drama program and to date has worked with over 490 schools, 9000 youth and 670 educators across the Western Cape, Gauteng, Kwa-Zulu Natal and the Eastern Cape.

The way the Shakespeare Schools Festival South Africa (SSFSA) works is that schools prepare and perform abridged versions of the Shakespeare play of their choice, approximately thirty minutes in duration. Staging a Shakespeare play is a challenge and from start to finish the SSFSA provides guidance and resources, assisting with scripts, acting tips and directing and there are a number of educational programs that exist to benefit educators, emerging learner-directors and casts.  “The SSFSA is an ideal way for young people to explore their dramatic potential in a fun, developmental way and in a non-competitive environment,” said Stuart-Linger. 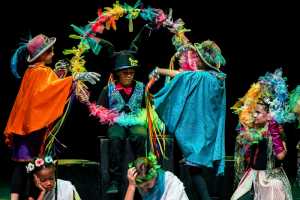 Importantly, the festival welcomes learners who, although facing different abilities and challenges, have excelled in their acting abilities and productions. The De La Bat School for the Deaf using South African Sign Language and the Pioneer School for the Visually Impaired have both delivered ground breaking and extremely moving renditions of productions at past festivals, such as Shakespeare’s Romeo and Juliet and Macbeth. In exciting recent news, De La Bat learner Mxolisi Nodom who played Romeo in the 2018 SSFSA at Artscape, has recently landed the role of Thando in the e.TV television series, Scandal, after being spotted onstage at the festival.

The 11th Shakespeare Schools Festival South Africa (SSFSA) opens on 19 April 2021 at Artscape at 7pm, featuring De la Bat School and Worcester Gymnasium in their versions of Anthony and Cleopatra and Romeo and Juliet respectively.

Protocol: Audiences at both venues will be limited to 100 at Artscape and 50 at the Masque Theatre, with socially distanced seating arrangements. All productions will also be filmed and then streamed at a later date (to be confirmed) which gives theatregoers the option of enjoying the productions virtually