Twelve contestants compete in The Coolest OG for a R100 000 grand prize. They go through a series of fun, ‘cool’ challenges to see if they are truly are The Coolest OG.

The show airs from 6 June on SABC 2 on Sunday’s nights from 6.30pm to 7.30pm with repeats on Sunday afternoons.

Participants go through different challenges in each episode to see who will ultimately win the title at the end of the season. Each contestant has been sent a package containing a phone on which they will receive instructions for their weekly challenges.

The series allows viewers to see how elderly people from various cultural backgrounds compete against people of similar age.

Their lounges are transformed into mini studios so they can compete from the comfort and safety of their own homes, sometimes with the help of an influencer, or their family members.

The OG’s have never met the other contestants and have no idea how each has performed in the various tasks, which range from cooking, modelling, song writing, music videos, gaming, art, acting and other challenges. 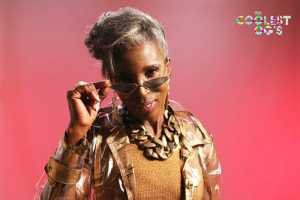 The Coolest OGs are adjudicated by four young judges. Each week the judges evaluate how each contestant has performed before eliminating a contestant based on their performance and swag.

“Just because you’re older doesn’t mean that you’re not lit! The older generation can also be cool and have a lot to teach us. We can say the same for the younger generation when it comes to teaching the older folk a thing or two!” says Gail Hoffmann Parrish, co-founder of marketing integration company G2 Connection. “This show is a social experiment but it’s also terrific insight into the older and younger generations which will of course lead to spectacular and unforgettable TV moments.

Snail and the Whale snags an Annie