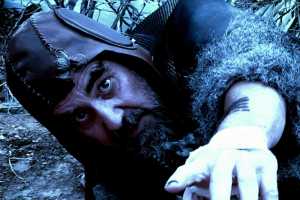 The final production in the Royal Arts Town Amphitheatre (RATA) summer season of shows is Eerstemense. It will take place at the Royal Hotel outdoor venue in Riebeek Kasteel.

Since mid-November last year, RATA has been providing audiences with safe, open-air, socially distanced live theatre.  Despite the ongoing challenges of Covid-19 which saw the official opening of the season postponed due to an actor testing positive, cancellations or postponements of productions due to lockdown rule tightening, and starting time changes to adhere to curfew restrictions, RATA has managed to present eight highly diverse professional productions thus far which have collectively played to close on one thousand people.

Now the amphitheatre is preparing to close this successful first summer theatre season with Eerstemense, starring Donker Jonker, and directed by Mark Graham-Wilson. Fittingly, both are Riebeek Valley residents. The piece was originally created for Solo Studios 2020 where it had its debut performance in Short Street. 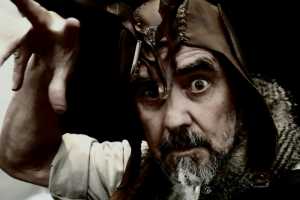 Eerstemense explores what happens when a fascinating character from the future (or is it the past?) crash lands in the Riebeek Valley. Once he has figured out where he is, he starts to examine both the topography of the area and the beings which inhabit it.

Through an interwoven text of richly imaged poetry and prose, Jonker takes his audience on a journey back in time to when the valley was inhabited by the Khoi and San peoples.

The production is less than half an hour long.